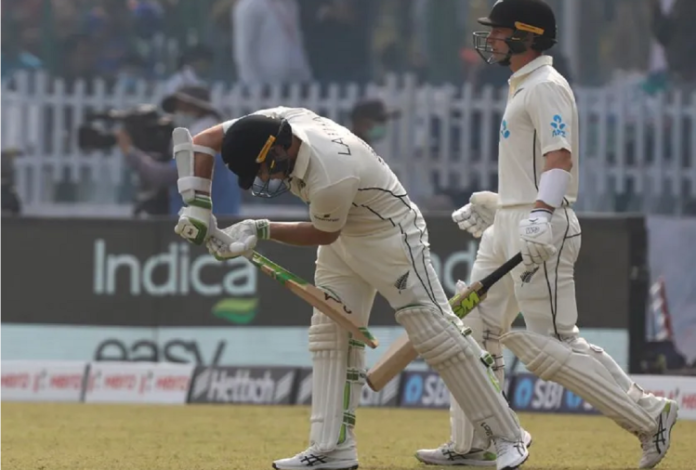 Team India resumed Day 2 from 258-4 with Shreyas Iyer and Ravindra Jadeja at the crease. At stumps on Day 2, New Zealand are 129-0 and trail India’s first innings total by 216 runs. 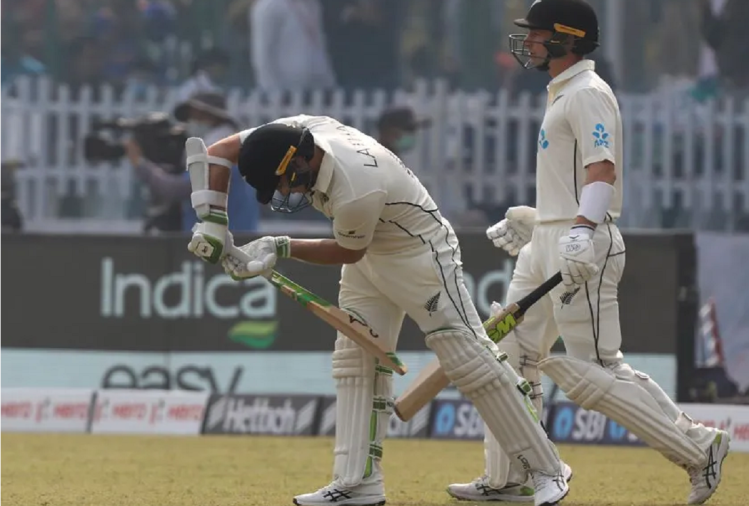 The hosts were rocked right at the start of the day’s play as Ravindra Jadeja was dismissed right on his overnight score. Jadeja failed to counter Southee’s angle from around the wicket and got castled.

Shreyas Iyer resumed his innings on a bright note. He took the attack to Kyle Jamieson with classy shots that brought upon a string on boundaries. The 26-year-old became the 16th Indian to score a century on Test debut. However, he could not convert it into an even bigger score following a soft dismissal off Southee.

The spearhead of the Blackcaps bowling picked up 4 wickets in the first session to register a five-wicket haul. Barring a contribution from R Ashwin, the rest of the lower-middle order lacked resistance which led to India being bowled right after lunch for 345.

Spin came into prominence right at the end of the Indian innings with Ajaz Patel picking up the last 2 wickets. The left-arm spinner outfoxed Ashwin with a fuller delivery that turned square and made easy work of Ishant Sharma with an arm ball.

New Zealand looked assured from the word go and played the entire second session without losing a wicket. The opening pair of Tom Latham and Will Young played with composure as the Indian attack looked rather toothless. They added 129 runs for the opening wicket and are still unbeaten at the crease.

Team India’s bowling was far from best as they failed to scalp a single wicket over the course of the last 2 sessions. Spinners bowled the bulk of the overs but failed to deliver a breakthrough.