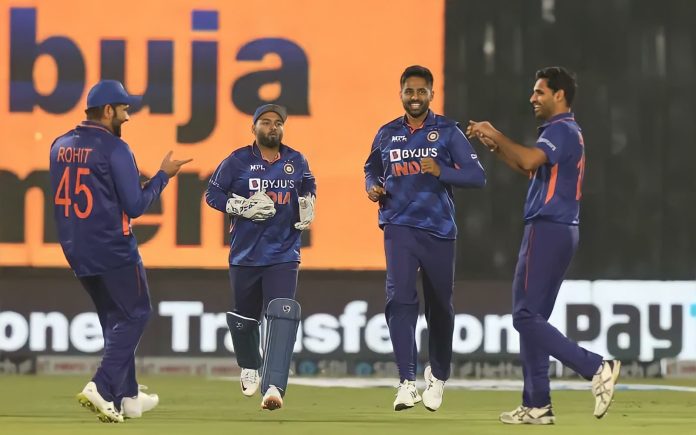 Team India under the leadership of newly appointed head coach Rahul Dravid and captain Rohit Sharma registered the first first against New Zealand in the 1st T20 International at Sawai Mansingh Stadium in Jaipur. New Zealand were put to bat first after new skipper Rohit Sharma won his first toss as T20I captain. The Kiwis put on a total of 164 runs on the board for the loss of 6 wickets in the alloted 20 overs. Martin Guptill came up with a brilliant performance while Mark Chapman also pitched in runs to tally a decent total. But Team India fought back well to pick up the triumph in the opening contest of the series in the shortest format. 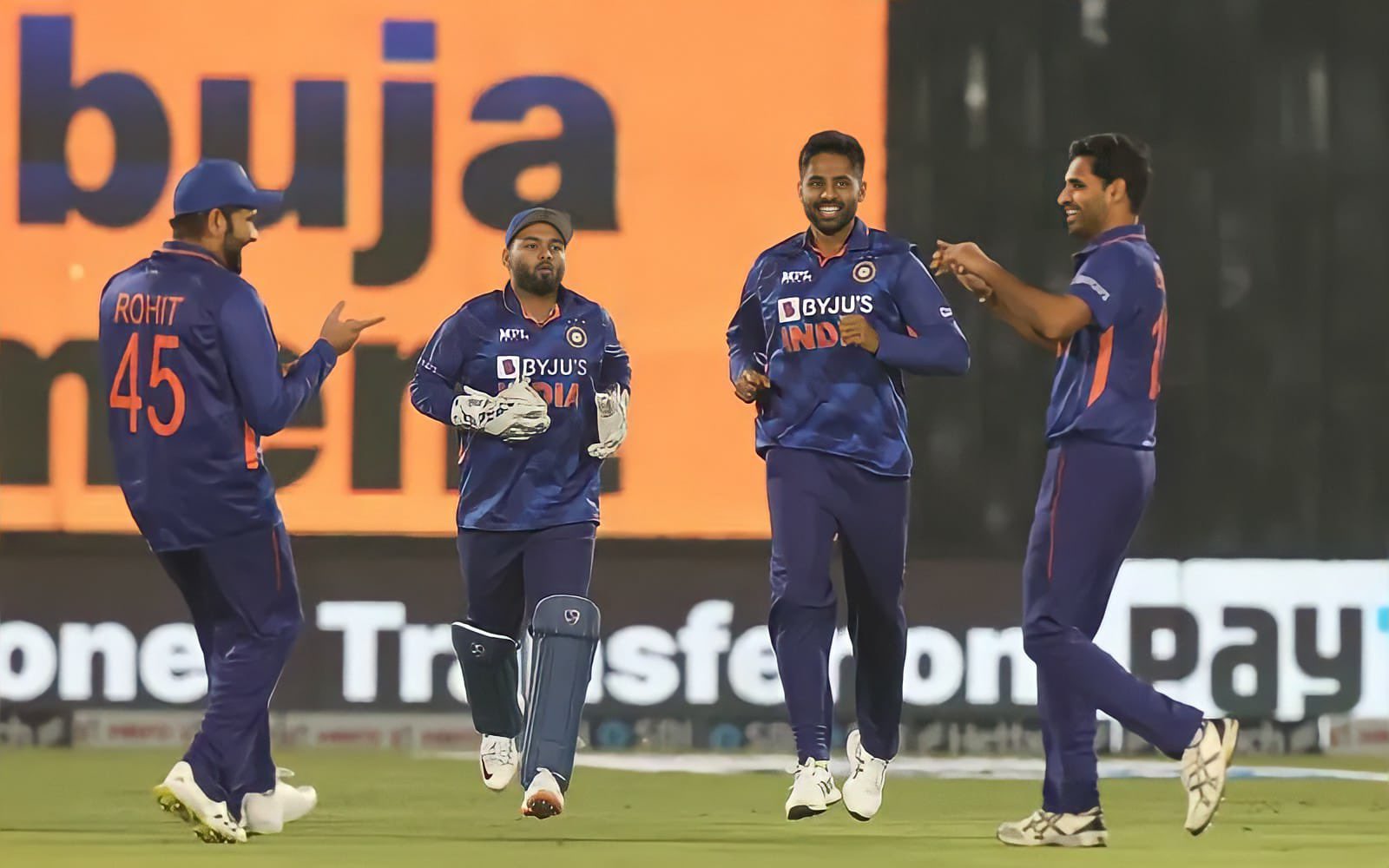 India included Venkatesh Iyer in the team who got his T20I debut cap for India while Shreyas Iyer, Mohammed Siraj, Bhuvneshwar Kumar, Axar Patel, and Deepak Chahar made their return in the playing XI. New Zealand made four changes in their side that played the T20 World Cup final last Sunday as Mark Chapman, Todd Astle and Lokie Ferguson came back in the XI.

New Zealand’s Martin Guptill top-scored for New Zealand with his impressive knock of 70 off just 42 balls. Guptill and Mark Chapman added 109 runs for the second wicket before the latter was dismissed for 63 by India’s ace spinner Ravichandra Ashwin. For India, Ashwin was top-notch as he returned figures of 2/23 while Bhuvneshwar Kumar scalped a couple of wickets.

Skipper Rohit Sharma fell two-run short of his 25th fifty in the format. The skipper amassed 50 runs with KL Rahul for the first wicket that helped team India start the chase on a high note. Suryakumar Yadav top-scored for India coming in to bat at Number 3 in the absence of former T20I skipper Virat Kohli. Yadav went on to register 62 runs in 40 balls and added 59 runs with skipper Rohit Sharma for the second wicket.

In the last four overs, Kiwi bowlers made a good comeback and India needed 10 runs in the final over. It was Rishabh Pant who smashed the fourth ball of Daryl Mitchell’s last over for a boundary which helped India emerge victorious lead the series 1-0.