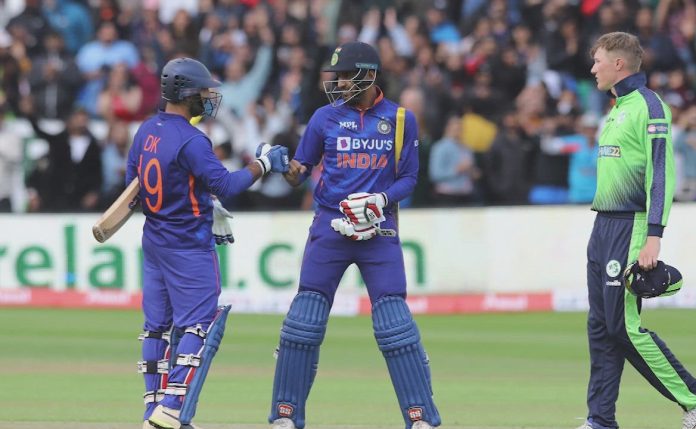 Team India took on Ireland in the second T20I at The Village, Dublin on June 28 (Tuesday). The Men In Blue edged out by four runs to close out the series by a 2-0 margin. Deepak Hooda was adjudged as player of the match as well as the series for his exceptional outings with the bat. 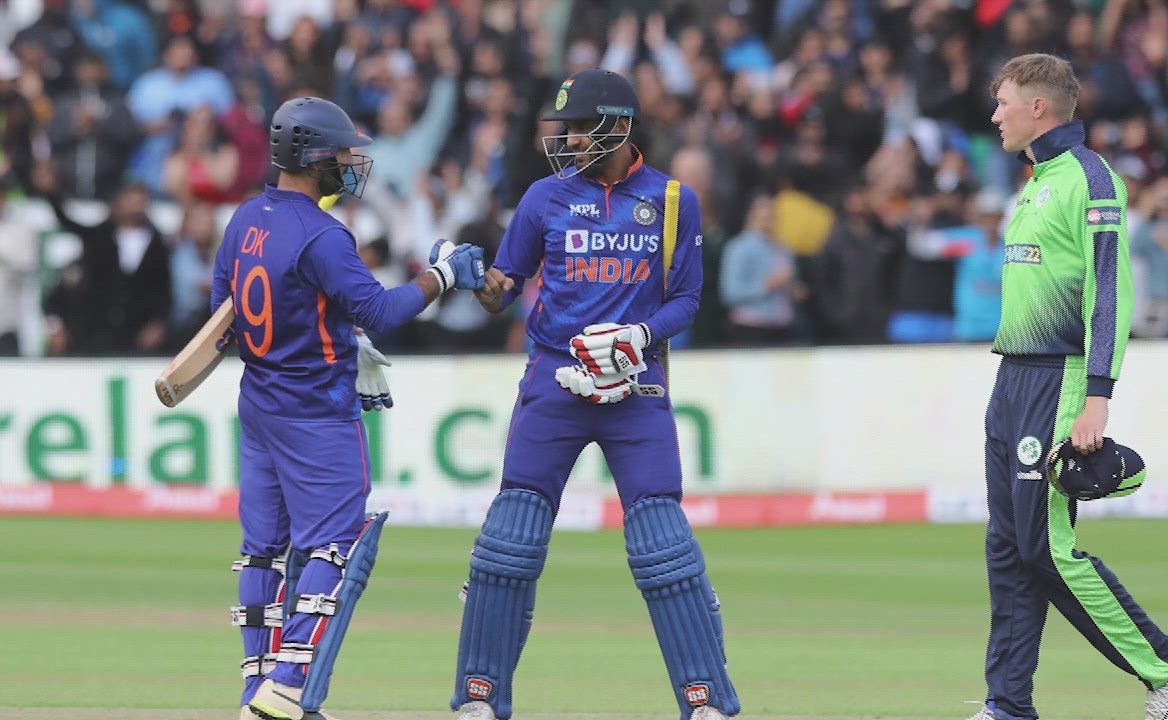 Hardik Pandya called the right side of the coin once again and chose to bat first. The Men In Blue named three changes to their playing XI from the first T20I. Harshal Patel, Ravi Bishnoi, and Sanju Samson were included in place of Avesh Khan, Ruturaj Gaikwad, and Yuzvendra Chahal. Ireland, on the other hand, named an unchanged team.

Ishan Kishan departed early after edging one behind to Mark Adair in the third over. Opening the innings after his call-up, Sanju Samson struck an important partnership with Deepak Hooda for the second wicket.

The duo accelerated constantly after amassing 54 runs in the powerplay. Both batters went on to register their maiden T20I fifty. The pair also went on to record India’s highest ever partnership in the format.

The mammoth 176-run stand was put to an end by a yorker from Mark Adair. The right-arm pacer got his second wicket of the match and removed Sanju Samson, who departed after a well-compiled 77 off 42 deliveries.

The all-rounder went on to reach the three-figure mark in 55 deliveries and became only the fourth Indian to record a century in T20Is. Suryakumar Yadav came in to up the ante and perished after a flashy cameo off 15 off five deliveries.

Hooda’s historic innings also came to an end in the same over. He was caught at third-man after scoring 104 off 57 deliveries. Dinesh Karthik, coming in to finish the innings was dismissed for a golden duck. Axar Patel too departed without scoring as India finished the innings at 225-7.

Ireland got off to a blistering start in their pursuit of chasing the second highest score at this venue. Paul Stirling scored 18 runs off the first over by Bhuvneshwar Kumar to make their intentions clear. The Men In Green ended the powerplay with 73 runs for the loss of a single wicket.

Skipper Andy Balbirnie continued the run scoring and was even handed a second chance. Ravi Bishnoi claimed the wicket through a stumping, but the delivery was adjudged to be a no-ball. Balbirnie eventually departed after scoring 60 runs, which included seven wickets.

The climbing run rate forced the Irish batters to put the foot on the pedal, the approach handed Umran Malik his maiden wicket in International cricket.

Harry Tector and George Dockrell strung together a 47-run partnership off just 20 deliveries to keep Ireland in the game. Bhuvneshwar Kumar claimed a crucial breakthrough in his final over to break the stand.

Umran Malik kept his nerve to defend 18 runs off the final over. Despite a no-ball and a slew of boundaries initially, the youngster helped India cross the line with a final ball finish.