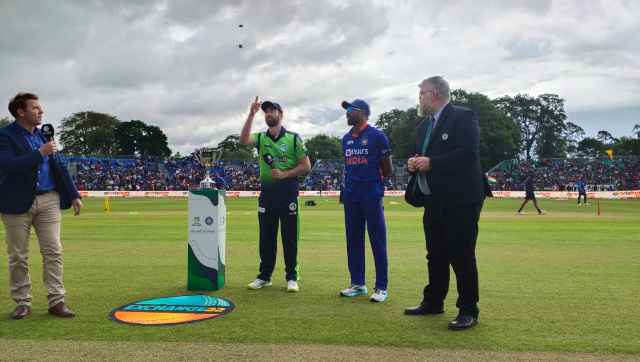 Team India will take on Ireland in the second and final T20I of the series at the Village in Dublin on June 28 (Tuesday). The Men In Blue currently hold a 1-0 lead in the series on the back of a seven-wicket in the first contest.

Hardik Pandya had a merry outing in his first match as the Indian captain. Much like in this ongoing build-up to the 2022 T20 World Cup, testing the bench strength is the primary priority. As a result, it is likely that Rahul Tripathi makes his debut while Sanju Samson also makes a return to the playing XI.

A calf strain in the first T20I prevented Ruturaj Gaikwad from featuring with the bat. Given that Ishan Kishan is the only recognized opener in the squad, the team is likely to employ a new opening partner should the injury keep Gaikwad out. While Deepak Hooda came in as a makeshift opener, it is unlikely that the team will stick with that approach.

In the bowling department, Umran Malik was restricted to just a sole over in the rain-curtailed first T20I. The right-arm pacer is likely to retain his place in the playing XI with Arshdeep Singh likely to make his debut from the other end. Featuring in all of the T20Is against South Africa, a couple among Bhuvneshwar Kumar, Avesh Khan, and Yuzvendra Chahal could be rested.

The Andy Balbirnie-led side made their presence felt albeit losing to the Men In Blue quite convincingly earlier. Harry Tector was by far their brightest spot with a convincing fifty against a challenging Indian bowling unit.

The hosts will dwell upon their powerplay batting and hope that the senior duo at the top Balbirnie and Paul Stirling get them off to a good start. Batting against spin is also a concern after Chahal spun a web over them in a 1-11 spell in three overs.

The final contest on the Ireland shores will be primarily focused on India’s backup players. A number of new players and an invigorating atmosphere will only add to the thrill in Dublin.

India showed in the first T20I why they are capable of fielding two squads at the same time. The bench players will be eager to perform and hold a place in the World Cup squad and are expected to wrap up the series 2-0 with yet another comfortable win.