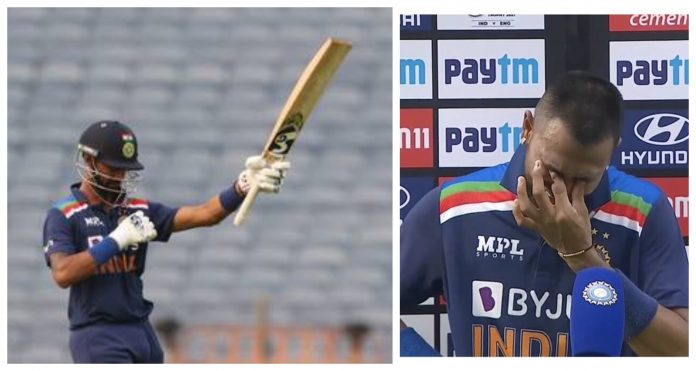 Krunal Pandya registered the fastest fifty by a debutant against England. The all-rounder alongside KL Rahul lifted India’s innings who were staring at a mediocre total at one stage. Following the conclusion of the first half, Pandya dedicated his innings to his father, who passed away recently. 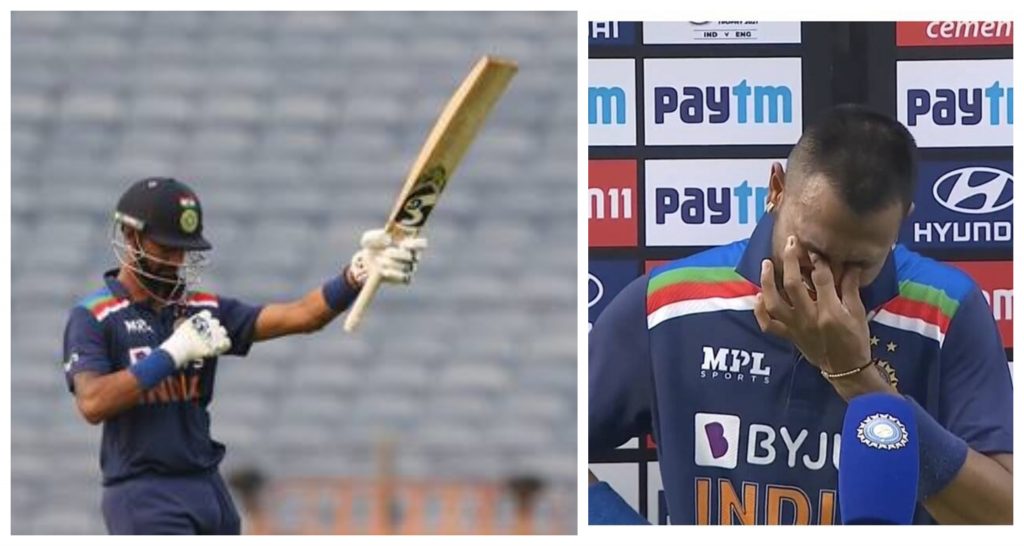 Coming off a sensational patch from the Vijay Hazare trophy, Krunal Pandya was rewarded with a call-up to the ODI side. He was handed his debut in the first ODI with pacer Prasidh Krishna.

After gaining momentum in the middle overs, India were at 169-1 after 32 overs. However, they proceeded to lose their way and were soon reduced to 205-5.

While one Pandya made his exit, the debutant Pandya entered the fray and wasted no time. In a highly animated innings, he uplifted India’s scoring and registered his fifty in just 26 balls, making it the fastest fifty in ODIs by a debutant.

After ending the innings on a high, Pandya left the field unbeaten on 58 off 31 deliveries. He broke down while giving an interview during the innings break and could only muster a few words before trailing off.

“This one is for my dad. It was very emotional,” he said before his brother Hardik arrived to console him.

What a debut innings by Krunal Pandya. Emotions can't controlled by him🥺 #ENGvsIND #KrunalPandya pic.twitter.com/NTlX6pewkz

“The emotions well up. He has lost his father just months ago, so the emotions are raw. It was great of Murali Kartik to not carry on with the proceedings and allow him to go and prepare to bowl,” said Sunil Gavaskar a little later.

The Pandyas lost their father at the age of 71 back in January. Krunal Pandya, who was part of the Baroda team in the Syed Mushtaq Ali Tournament, performed the final rites after he exited the team bio-bubble.