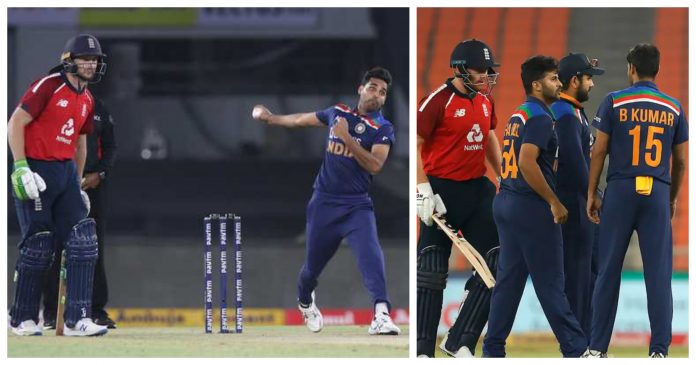 India’s stupendous record in the shortest format under Virat Kohli continued as they secured yet another series under their belt. The teams headed into the final game with the score tied 2-2. A dazzling display by the batting unit and a promising display by the seamers helped India secure the series 3-2 in the end. 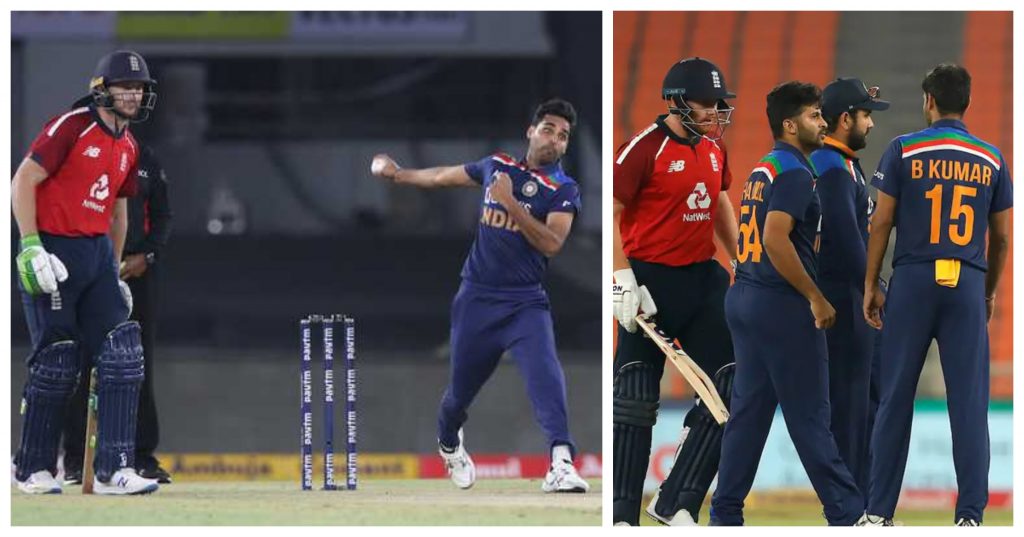 Virat Kohli once again succumbed to the coin as England opted to chase again after winning the toss. The visitors elected to play the same eleven while India roped in T Natarajan in the place of KL Rahul to expand their bowling arsenal.

In the absence of Rahul, India had a new opening pair in the form of Rohit Sharma and Virat Kohli. The duo chose their battles with the bowlers while romping their way to a 94-run opening stand.

The new pairing made things difficult for the England bowling unit, who have been on point with their execution in the series so far. Kohli played the anchor while Sharma took on the spinners and kept his aggression intact.

Sharma’s dismissal for 64, brought Suryakumar Yadav into the crease. The Mumbai Indians’ batsman, much like his debut outing, settled in rather quickly with a blend of classic and unorthodox shots.

A blinder of an effort by Jordan on the ropes brought an end to a promising start by Yadav, who had to depart for 32.

Virat Kohli scored his third fifty of the series and was joined by Hardik Pandya at the other end. Their death over exploits brought in 67 runs off the final 5 overs and helped India register 224 on the board. The Indian skipper ended with an unbeaten 80 which comprised of 5 fours and 2 sixes.

Pursuing a mammoth target of 225, England were hit with a very early jolt. Jason Roy was undone by an inswinger from Bhuvneshwar Kumar. The second ball dismissal did not slow things down for the visitors, who kept the scoreboard ticking.

Jos Buttler and Dawid Malan were able to unsettle the bowlers’ rhythm with regular boundaries. The duo stitched a 100-run stand for the second wicket and took the bowling unit apart.

Bhuvneshwar Kumar’s return into the attack for his third over changed the course of the game. The persistent dot balls built up the pressure, prompting Buttler to take more risks. The wicket-keeper batsman’s innings ended on 52 off 34 balls.

Jonny Bairstow and the settled Dawid Malan were the next to depart, with the required run rate constantly rising. The highly-rated England batting unit fell apart like a deck of cards as the smart bowling by the Indian seamers outclassed them.

The hosts wrapped up the proceedings to win the contest by 36 runs and will now make their way to Pune to compete in a three-match ODI series to cap off the tour.