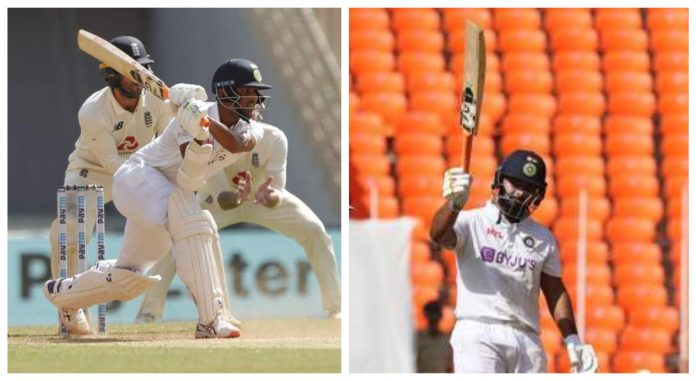 Rishabh Pant was a treat for the eye with his very first hundred on home turf. In an innings of two halves, he calmly assessed the situation in the first before unleashing in the second half. The wicket-keeper batsman’s vital knock came after yet another failure by the middle order. It puts India into a great position ahead of Day 3 with settled Washington Sundar still out in the middle while the lead reads 89 runs. 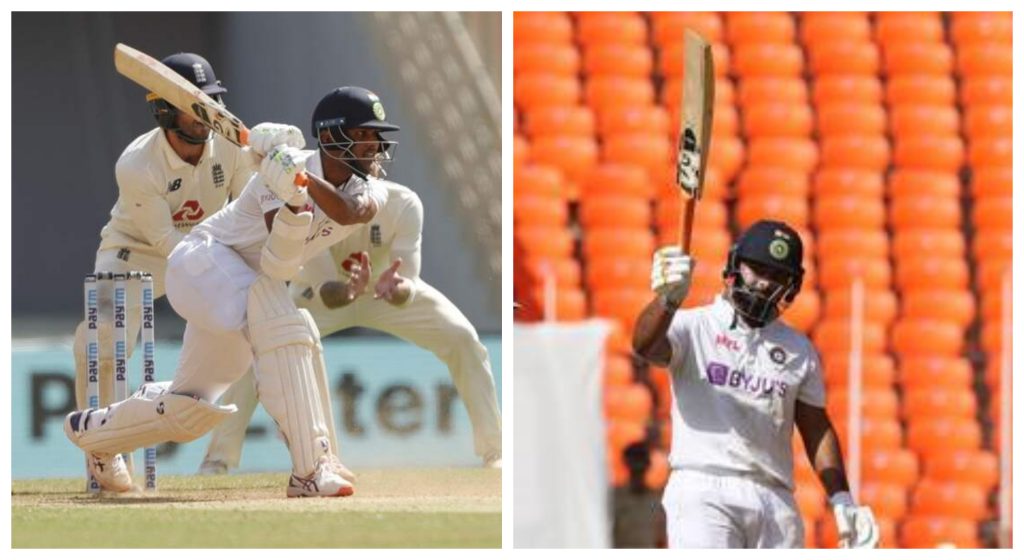 Losing the wicket of Gill in the closing overs of Day 1, Rohit Sharma and Cheteshwar Pujara began their quest of inching closer towards the England total.

Nearly an hour into the second day, Jack Leach dismissed Pujara LBW. The batsman had to depart the scene in the end following an unsuccessful review.

The very next over, the limited crowd in Ahmedabad were driven into stunned silence by the wicket of Virat Kohli. The Indian skipper was dismissed for a duck for the second time in this series and was undone by a rising delivery from Ben Stokes.

Ajinkya Rahane’s tricky patch also continued with a dismissal right before the break. Stokes grabbed a low chance at slip to send back the Indian vice-captain.

Showing how to play on this surface was Rohit Sharma with a performance out of his usual ordinary self. Playing with caution, the Hitman played for 144 deliveries for his 49 run knock.

Sharma was dismissed after he failed to negotiate a delivery that came in towards him heavily. He missed out on his 13th test fifty in the process.

Another soft dismissal sealed Ashwin’s fate for 13 and the game hung in a dangerous balance. This is where Pant 2.0 stepped in. The wicket-keeper batsman assessed the conditions slowly while still trying to exude his natural gameplay.

The balance between the two took him to the fifty run mark, before he proceeded to play in his swashbuckling style. He brought up his second fifty in just 38 balls to bring up his maiden test hundred.

While he was dismissed soon after reaching the landmark, Washington Sundar was going strong at the other end. He also brought up his fifty and remains unbeaten on 60 with Axar Patel at the other end.