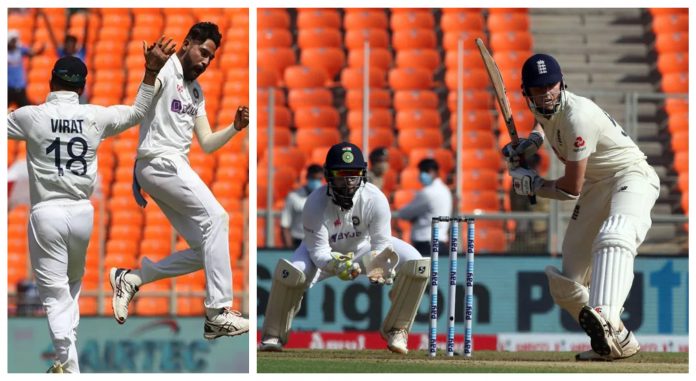 While the demons of the pitch disappeared from the new Motera ground, the horrors of the pink ball test stayed fresh in England’s mind. The visitors were bundled out for 205 in their first innings on a track that despite not being a batsman’s haven, was a relatively good surface to play on. Spinners accounted for 8 wickets and all indications point towards the same narrative.

Winning the toss for the third time this series, Joe Root elected to bat first after winning the toss. Dan Lawrence and Dom Bess were included in the lineup as the fast bowling duo of Stuart Broad and Jofra Archer missed out.

Virat Kohli revealed one forced change in the playing eleven. Jasprit Bumrah, who has been released from the squad, was replaced by Mohammad Siraj. 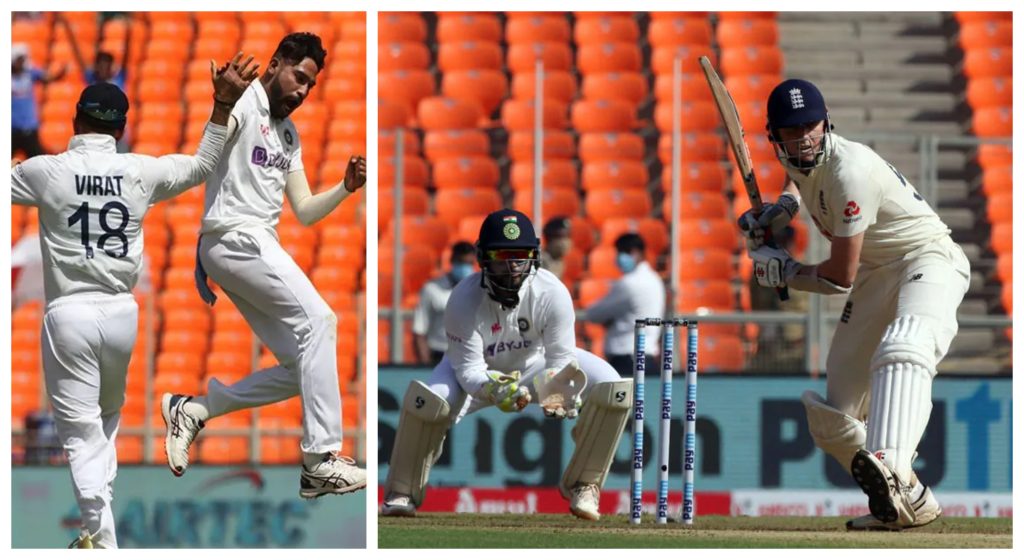 Axar Patel was once again introduced early into the innings and his Midas touch ensued with yet another wicket off his first over. The left-arm spinner struck again as Zak Crawley perished following a very rash shot. Skipper Root also had a short stay at the crease after being trapped in front by Siraj.

Jonny Bairstow and Ben Stokes laboured over the course of the second hour of the day to see through the first session.

Siraj struck once again right after the break to send back Bairstow for 28. Applying himself on the wicket, Stokes managed to get to his half-century but was soon undone by a straight delivery by Washington Sundar.

England struggled to build any sort of momentum as India slowly carved away their batting unit. The tail perished with minimal resistance and the hosts successfully bowled them out for 205.

Axar Patel missed out on a fourth consecutive fifer, but was rewarded for his work with four wickets. Ashwin and Siraj picked up two each while Ishant Sharma remained wicketless.

England wasted no time in making a breakthrough with Anderson snapping the wicket of Shubman Gill whose poor run continues. The youngster was trapped LBW for a duck by the veteran.

Rohit Sharma and Cheteshwar Pujara saw out the remaining 11 overs and ended the first day on 24-1, still 181 runs behind India’s first innings total.