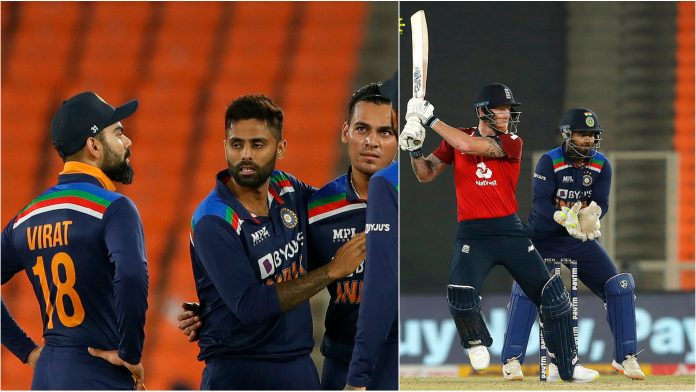 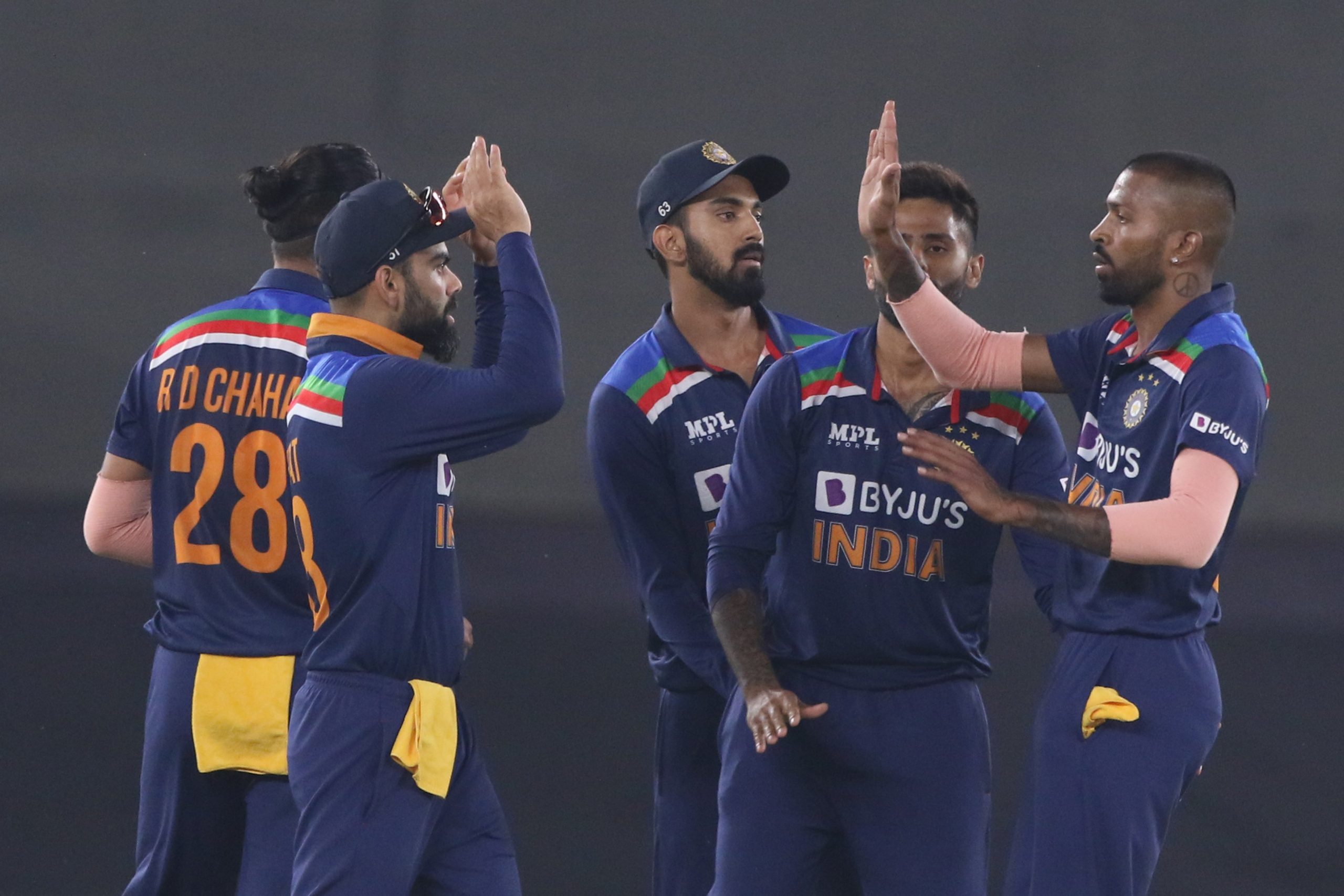 England had won the toss and elected to bowl first. The skipper announced the squad to be unchanged from the previous match. Indian skipper Virat Kohli said the team got two changes and Rahul Chahar had made his way into the squad.

Rohit Sharma and KL Rahul started the innings well for the Men in Blue until pacer Jofra Archer made the breakthrough in the powerplay.

Suryakumar Yadav shines in the match

Suryakumar Yadav stabilised the game for his side after scoring a blistering maiden half century just off 28 deliveries. But his innings came to an end after a controversial dismissal.

England came on to the pitch with the aim to chase down the score put on by the hosts and seal the series on the foreign soil.

The visitors faltered in the 3rd over itself after Bhuvneshwar Kumar removed Jos Butler with a great dismissal.

Jason Roy reached the landmark of 1,000 runs in men’s T20I cricket. He looked dangerous as scoring runs at a good rate but was dismissed by Hardik Pandya. He scored 40 runs off 27 deliveries.

Ben Stokes who was equally the dangerous man scored 46 runs and was scalped by Shardul Thakur. He also took the wicket of the skipper Eoin Morgan, who scored only six runs.

Team India took four wickets in the death overs. Archer gave the hosts a scare with a four and a six in the final over but in the end it was Virat Kohli’s men who restricted the visitors to 177/8 after the end of 20 overs

They won the contest by 8 run margin. The series is tied at 2-2. Now, the fifth and final T20I on Saturday is the series-decider.