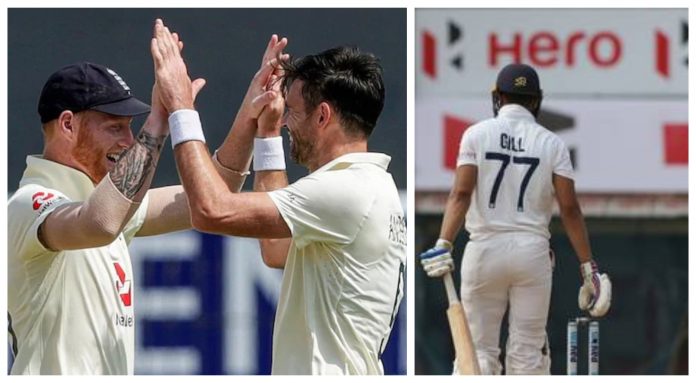 James Anderson and Jack Leach set up one of England’s finest overseas conquests on day five to stay in the World Test Championship final race. England scalped the remaining nine wickets midway into the second session and took a 1-0 lead in the four-match test series. Shubman Gill and Virat Kohli’s half-centuries were far from enough for India in the chase. 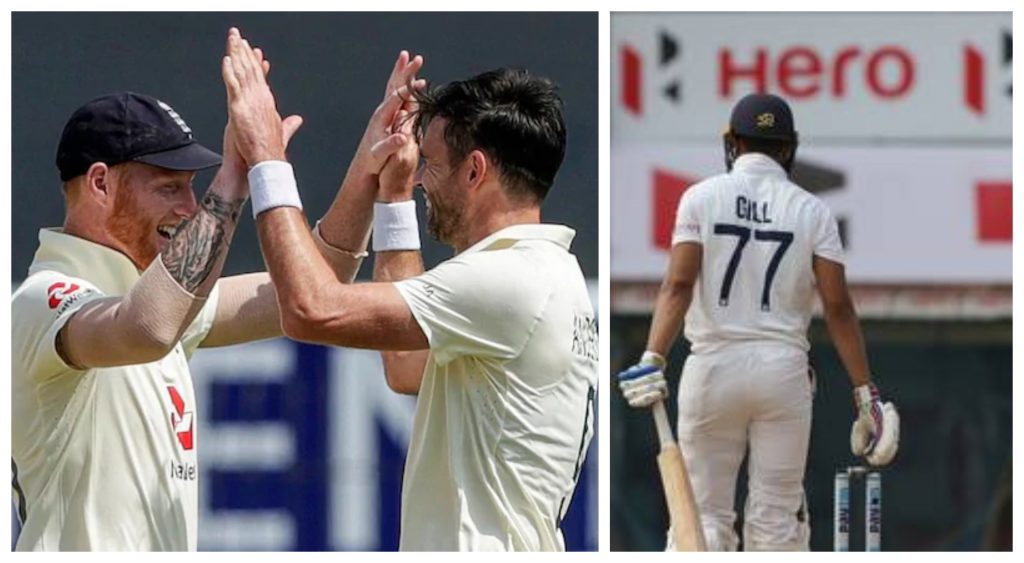 Shubman Gill and Cheteshwar Pujara began the final day against an England attack determined to win the contest. Leach struck first in the 20th over with a soft dismissal to remove Pujara. The delivery rose from a length and took a touch off Pujara’s gloves before ricocheting off the keeper and ending up with the slip fielder.

The tide of the contest completely turned during James Anderson’s first over. The veteran seamer, with the help of fine reverse swing exploits, got the wickets of Shubman Gill and Ajinkya Rahane in identical fashion.

Both batsmen’s defence was breached completely as the off-stump was uprooted from the ground. Shubman Gill continued his fine fourth innings form early into his career with a fifty, while vice-captain Rahane departed for a duck.

Anderson bowed out of his spell with another wicket. This time in the form of Rishabh Pant, who misread the delivery and handed a simple catch at cover.

First innings hero Washington Sundar’s contribution was bleak with Dom Bess getting his sole wicket by dismissing the all-rounder.

Virat Kohli stood tall with a defiant half-century, but was victim to the treacherous and deceiving nature of the day five-track. The Indian skipper could not cope up with the low bounce as Stokes managed to castle him out.

The tail-order had no reply to the England bowling unit, which saw each member pick up a wicket. Following Kohli’s wicket, the visitors wrapped up the proceedings in no time to notch a famous victory against India.

Both the teams will regroup here itself for the second test before moving to Ahmedabad for the final two tests, which includes a day-night encounter.