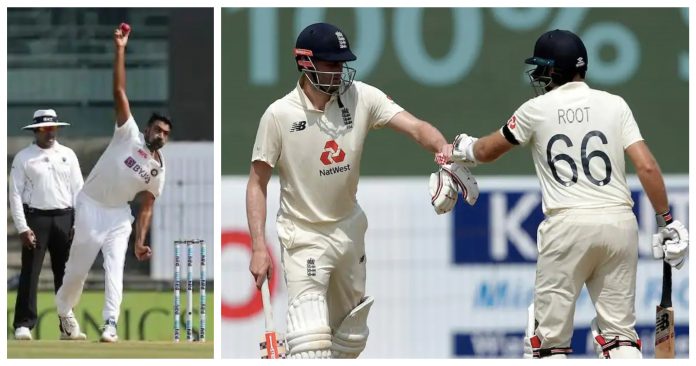 After an eerie absence in 2020, test cricket marked its return to India after fourteen long months. India were not met with a warm welcome by the tame Chepauk pitch as they had to labour through the first day amid the England domination led by captain Joe Root. 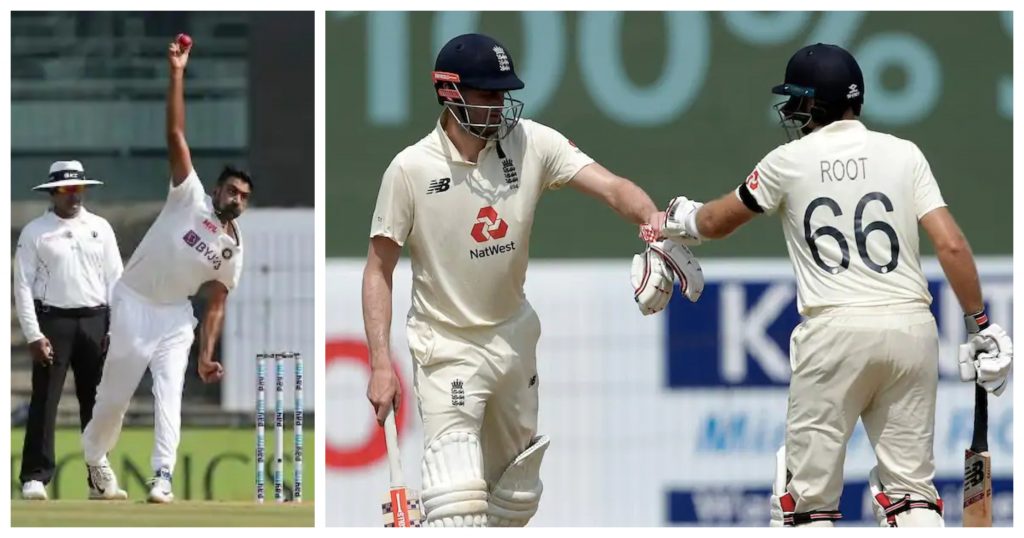 England won the all-important toss and had no hesitation to bat first. England opted to leave out Stuart Broad for the game as they decided to go with two spinners, much like their approach in Sri Lanka.

Last-minute replacement Shahbaz Nadeem found a place in the playing eleven ahead of Kuldeep Yadav. Ishant Sharma won the race for the spot of the second seamer piping Mohammad Siraj in the process.

England openers Rory Burns and Dom Sibley easily coasted past the initial spells from the pacers and looked in supreme command against spin bowling as well. Just when the visitors looked to finish the session unhurt, Burns’ ill-fated reverse sweep attempt gave India a much-needed breakthrough.

Daniel Lawrence, coming in at number 3, had to face Jasprit Bumrah straightaway upon entering the crease. The batsman was trapped right in front for a duck leaving the session even by the time lunch struck.

Indian bowlers were left helpless against a pitch that offered no movement, turn or bounce. The pair of Sibley and Joe Root capitalised on that with a mammoth partnership that aims to bat and drive India off the game.

Apart from the pitch, the bowling attack lacked their usual venom with the inexperienced spinners erring in line and length. Moreover, the bowlers chipped in for a staggering 15 no balls over the course fo the 90 overs bowled.

England were runaway winners of the second session with no casualties. They continued and stretched their supremacy till the end of the day as well since they ended proceedings in pole position at 263-3.

Root prolonged his imperious record in Asia with his third successive ton in the continent. The skipper brought up his 20th ton on the occasion of his 100th test while Sibley played over 285 deliveries for his hard-earned 87 run knock.

Jasprit Bumrah landed a lethal blow with a yorker to remove Sibley off the last over of the day.

The duo strung 200 runs for the third wicket in 386 balls to leave India with lot of questions to answers with one of them being, how to bowl in this surface?