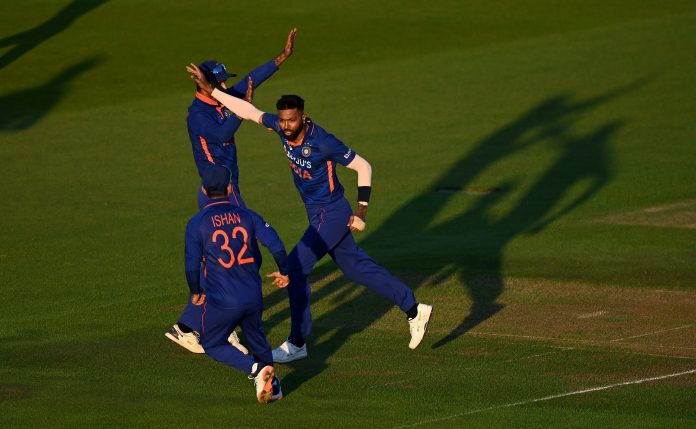 Team India took on England in the first of the three T20Is at the Rose Bowl in Southampton on July 7 (Thursday). Hardik Pandya’s all-around performance, which included his maiden T20I fifty and his best figures with the ball, helped India to a convincing win to take a 1-0 lead in the series. 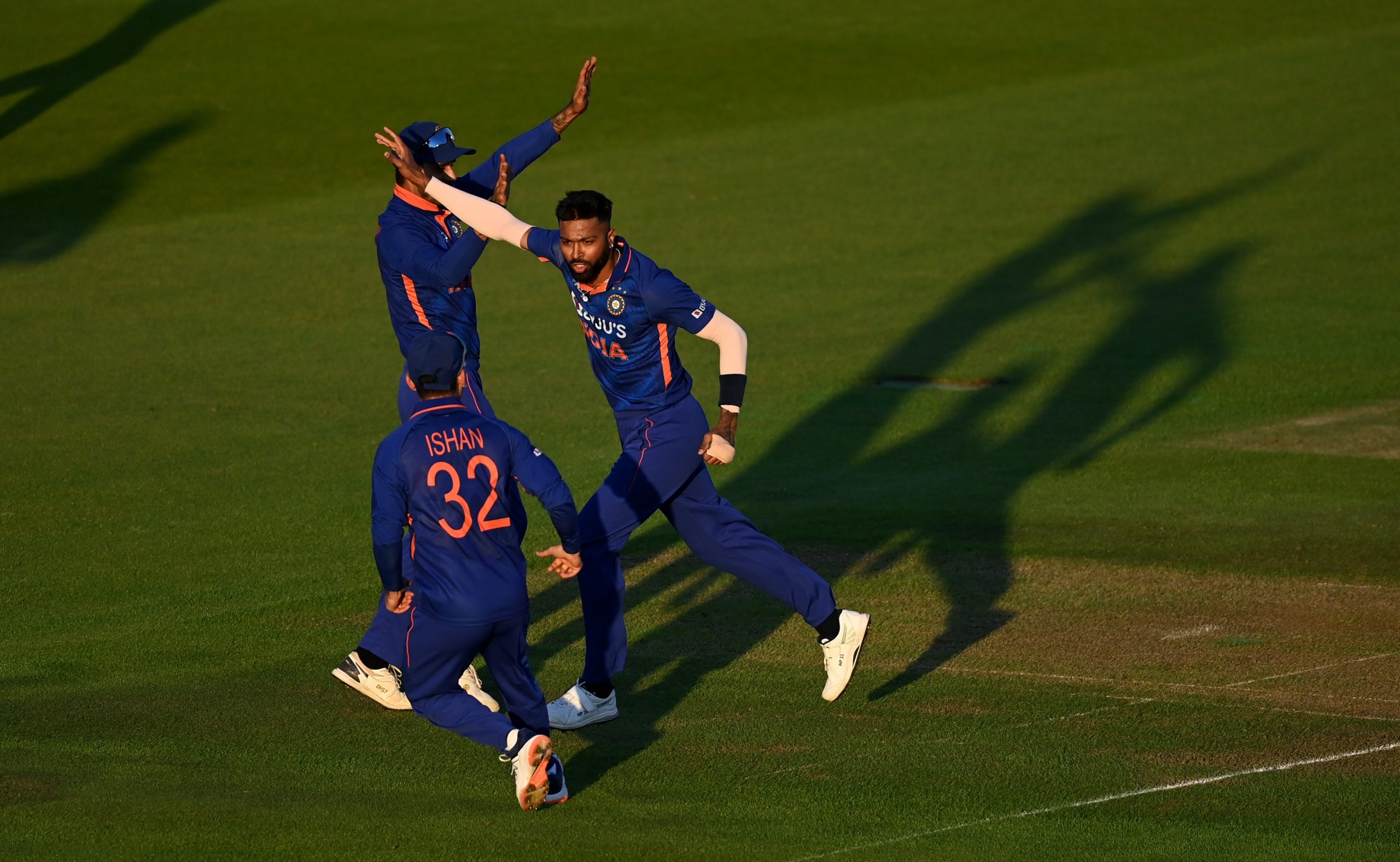 Electing to bat first after winning the toss, Team India featured Arshdeep Singh, who received his cap from Rohit Sharma. England, on the other hand, led by Jos Buttler for the first time, included debutant Harry Brooks and a seam attack led by three-left arm seamers.

India abandoned their timid approach in the shortest format by going hard from the word go. While Ishan Kishan stuttered for a 10-ball 8, Rohit Sharma looked in full flow before being dismissed for 24. Retaining his No.3 place from the Ireland series, Deepak Hooda continued his fine run of form. Hitting Moeen Ali for two consecutive sixes, the all-rounder announced his intention.

A poor stroke to a ball down the leg brought an end to Hooda’s stint at the crease. The pair of Suryakumar Yadav and Hardik Pandya kept the scoreboard ticking at the same pace. Reaching 150 in 14 overs, the Men In Blue were poised for a mammoth total.

England dragged things back with a quick succession of wickets. Hardik Pandya’s dismissal after his maiden T20I fifty proved to be significant as the lower-middle order could not pile the runs in the death overs. India finished their innings on 198, after a relatively tight final over by Tymal Mills.

A booming inswinger in the first over by Buvneshwar Kumar sent the England skipper Jos Buttler packing. Hardik Pandya struck twice in his first over to claim the wickets of Dawid Malan and the dangerous Liam Livingstone. The all-rounder’s influence on the game persisted as he dismissed Jason Roy in the first ball after the powerplay.

Moeen Ali and debutant Harry Brook stitched together a small partnership to stabilize the innings, but could not keep up with the rising required rate. India’s win was delayed by a flurry of dropped catches, but the side eventually crossed the line to finish the match as victors by 50 runs.