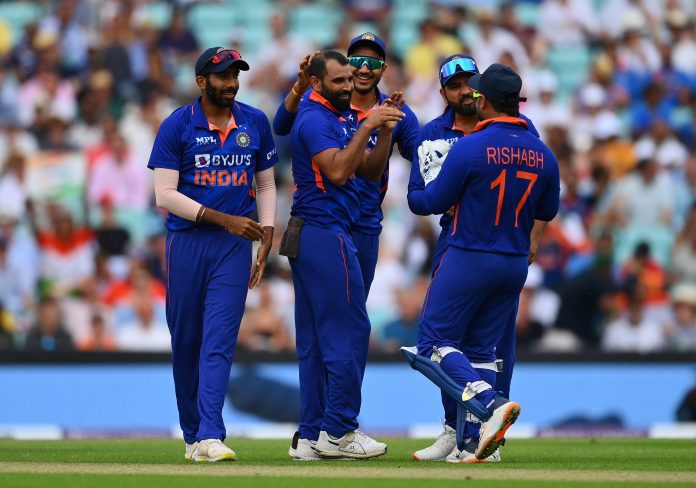 India faced England in the first ODI of the three-match series at the Kennington Oval, London earlier today (July 12). Jasprit Bumrah was the star of the show after recording the third best bowling figures by an Indian bowler. Rohit Sharma and Shikhar Dhawan comfortably led India to a dominant 10-wicket win over the hosts. 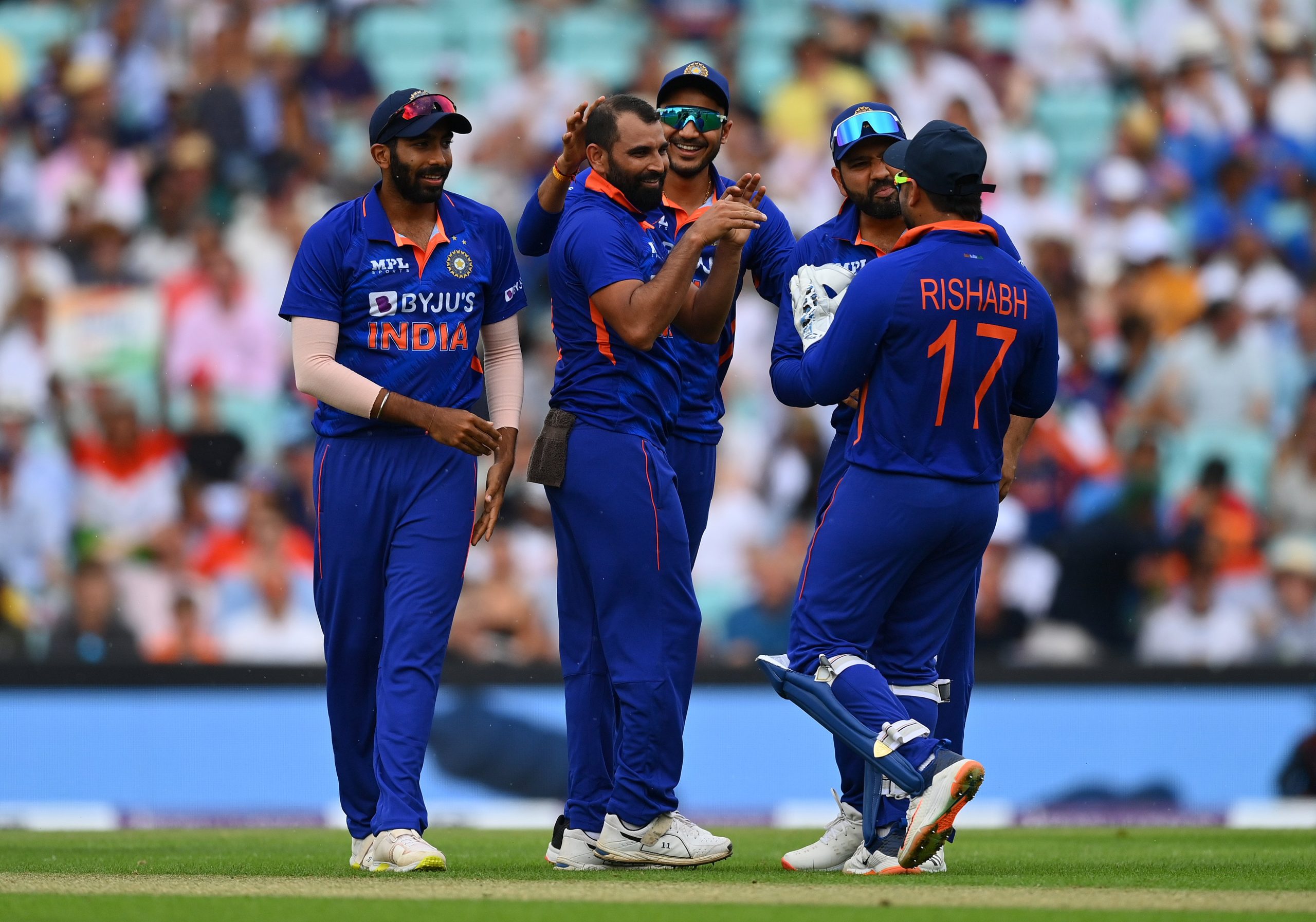 Rohit Sharma had no hesitation in electing to bowl first on a grassy surface with overcast conditions on offer as well. Shreyas Iyer was slotted in for Virat Kohli, who was ruled out due to a groin strain.

The Indian pacers wreaked havoc with the new ball against the famed English batting line-up. Bumrah struck twice in his first over, getting the wickets of Jason Roy and Joe Root for a duck. Shami followed it up with the wicket of Ben Stokes, in the very next over. Coming around the wicket, he was able to get an inside edge, which was pouched by Rishabh Pant with an acrobatic effort.

Continuing with the onslaught, Bumrah’s next wicket was Liam Livingstone. The all-rounder looked out of sorts during his eight-ball duck. Reeling at 26-5 at the end of eight overs, skipper Jos Buttler stitched a small partnership with Moeen Ali.

Prasidh Krishna’s introduction into the attack brought them the wicket of Ali, while a composed effort at the deep by Suryakumar Yadav sealed the end of Buttler. The England skipper was the top scorer of the innings and arguably the only batter who looked comfortable at the crease.

A 35-run partnership for the ninth wicket helped the hosts cross the three-figure mark for the innings. Burmah returned back into the attack to provide the breakthrough and notch a five-wicket haul in the process. The right-arm pacer capped off the innings to finish with sensational figures of 6-19 to bowl out England for 110.

Rohit Sharma and Shikhar Dhawan despite a slight wobble at the beginning, were at their composed best while chasing the meagre total. The pair became the fourth most prolific opening partnership in ODI history.

The Indian skipper brought up his fifty with a six and finished the innings unbeaten on 76. India wrapped up the innings with all of their wickets intact and attained a 1-0 lead in the three-match series.