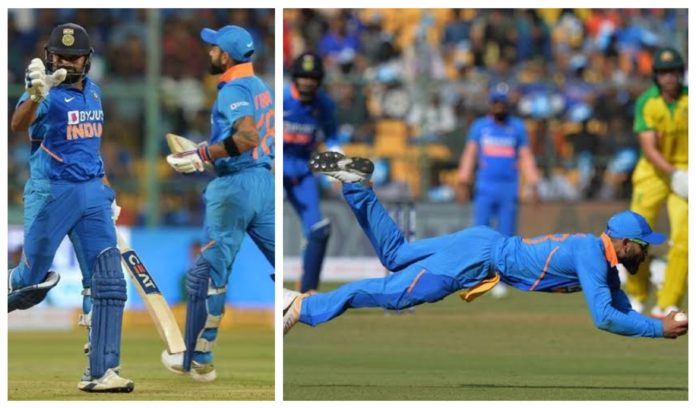 Rohit Sharma and Virat Kohli stood up when it mattered as India sealed yet another series victory at home. The Hitman got to the 9000 run mark in ODIs while the skipper notched up 5000 runs as a captain. India scaled-down the total relatively easy to register a comeback before heading to New Zealand. 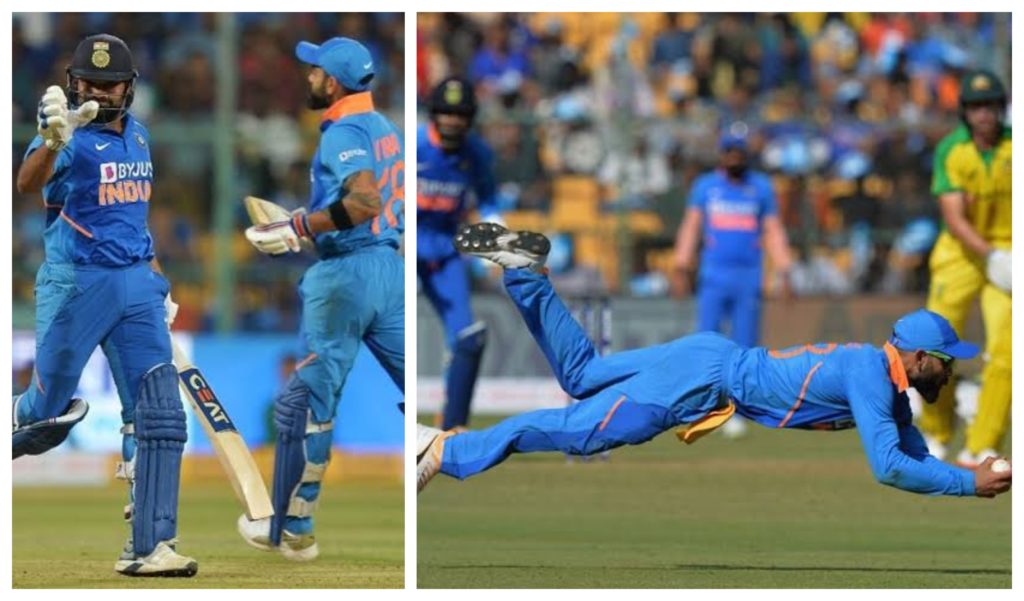 The Men In Blue decided to field the same eleven while Aaron Finch opted to bat first on a dry surface with a tinge of green. Kohli lost his third toss in a row after Finch called it right once again. Australia named one change in the form of Josh Hazlewood coming in place of Kane Richardson.

Mohammad Shami once again delivered the initial breakthrough by dismissing Warner early on. The Aussie had to deal with another strike inside the powerplay as Aaron Finch was involved in a huge mix up with Steve Smith which forced him to make his way back to the pavilion.

India were dealt with a huge blow in the first innings as Shikhar Dhawan suffered an injury while fielding. Steve Smith bettered his effort from Rajkot as he sealed his third hundred against India.

However, the lower middle order lacked firepower and India were once again spot on with their death bowling to essentially reduce the Aussies for 286-9 at the end of their 50 overs.

KL Rahul joined Rohit Sharma at the top in the absence of Dhawan. The Hitman was fluid in his timing right from ball one and briskly reached to his fifty while Rahul struggled for his 19. The skipper and his deputy were involved in a staggering 137-run stand for the second wicket.

Sharma got to his 29th ODI century before getting dismissed for 119 with less than 100 runs required. Meanwhile, Virat Kohli missed out on a ton at the Chinnaswamy stadium after Hazlewood cleaned him up on 89.

The Aussies suffered as their premier pacers Pat Cummins and Mitchell Starc were ineffective once again which allowed India to be cautious with the spinners.

Shreyas Iyer played an ice-cool knock of 44 and Manish Pandey provided the finishing touches to steer India over the line to claim the match and the series.