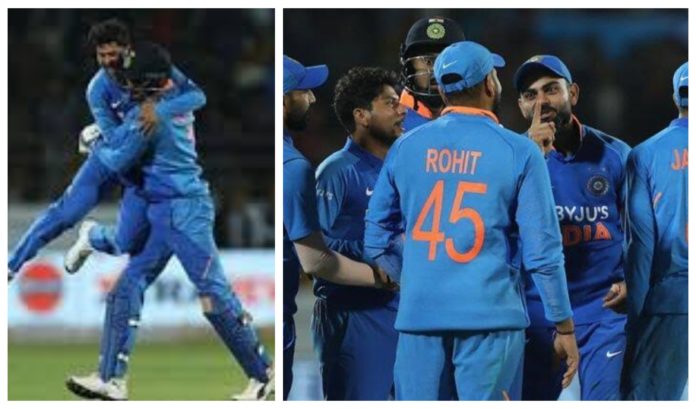 India bounced back in style after being comprehensively defeated by the visitors in the 1st ODI. The Men In Blue registered a 36-run victory to level the series and stretch it to the decider which is set to be played in Bangalore. The batting unit led by Kohli and Dhawan laid the foundation while the bowling unit kept their composure to defend the target on a good strip at Rajkot. 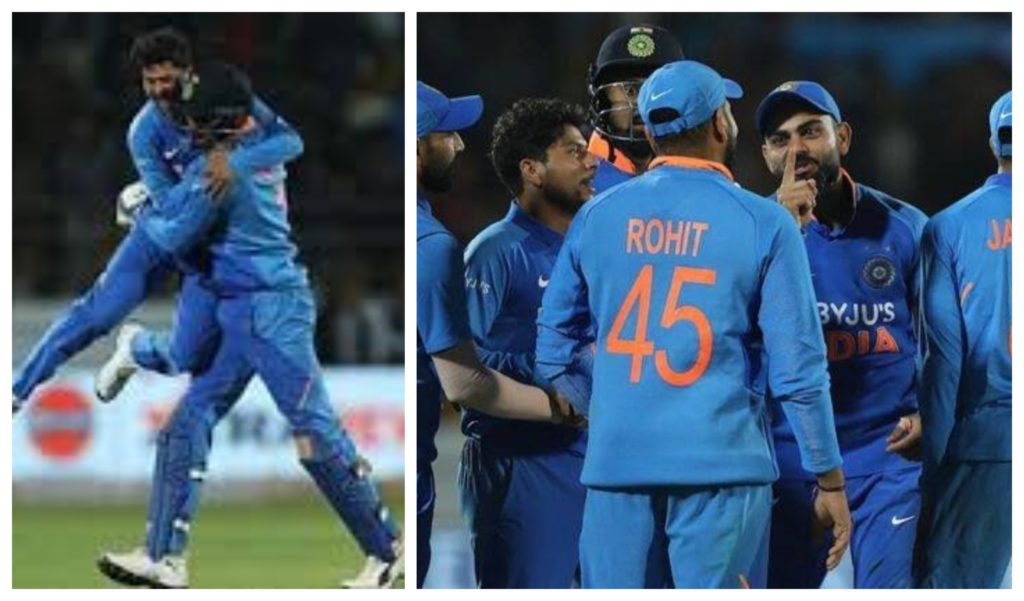 Virat Kohli was forced to make a change in the form of Rishabh Pant who was ruled out of the fixture after suffering a concussion. KL Rahul was opted to keep the wickets while Manish Pandey got into the side. A change was made to the bowling attack after Navdeep Saini replaced Shardul Thakur. Aaron Finch, on the other hand, elected to field the same eleven.

The opening pair were quick to capitalize on the favoring batting conditions. Sharma was the first batsman to be dismissed after falling plumb to Adam Zampa for 42. Virat Kohli returned to his No.3 spot shutting the debacle once and for all. The Delhi pair struck a healthy stand of 103 runs which was cut short by Dhawan’s dismissal who fell 4 runs short of a well-deserved hundred. The Indian skipper too failed to convert his fifty into a hundred as the leg-spinner got the better of him again in the series.

A crucial blitz from KL Rahul at No.5 propelled India to a score of 340-6 after Shreyas Iyer and Manish Pandey failed to make an impact.

The in-form Australian opening pair were unable to inflict much damage this time around. David Warner was sent back after a stunning pluck out of thin air by Manish Pandey meanwhile Aaron Finch turned out to be a victim of a clever close glovework by KL Rahul that required third umpire’s intervention.

Joined by the experienced Smith was Labuschagne who was in the ODI colours for the very first time. The pair threatened to take the game away with a potent stand which was disrupted by the hometown hero Jadeja once again. Spinners continued to assert their stake in the game when Kuldeep Yadav dismissed Alex Carey and Steve Smith in a single over.

The fast bowlers cleaned up the tail with a barrage of yorkers towards the end and bringing their 4-game losing streak against the Aussies at home to an end.

Watch: The spectacular catch Rashid Khan takes in BBL will blow your mind!