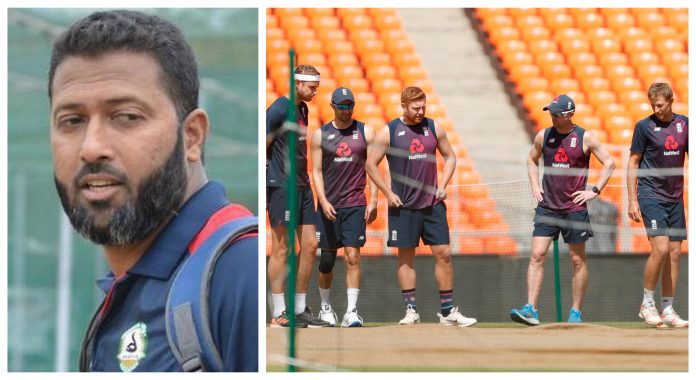 Team India are all set to take on England in the fourth and final Test at the Ahmedabad pitch on Thursday. As the Third Test ended within two days on the same venue, the pitch of Motera became a matter of debate where everyone shared their views. However, on Wednesday, former India player Wasim Jaffer has trolled the England players after seeing a picture where it can be seen that some of the players having a look at the pitch for the fourth Test.

In the photo that Jaffer has shared, England captain Joe Root could be seen along with Stuart Broad, Mark Wood, Jonny Bairstow and England assistant coach Paul Collingwood and they were all having a look at the pitch as well.

Broad: Guess my tour is over then.
Wood: At least you played bro.
Bairstow: Where me flat pitch?!
Colly: Oh this one's gonna turn innit?
Root: Ah shit here we go again..#INDvsENG pic.twitter.com/mJfcrjRFw8

However, Wasim Jaffer shared, fast bowler Stuart Broad might say, “Guess my tour is over then,” to which Mark Wood, who is yet to play a game in India replied, “At least you played bro.” Meanwhile, batsman Jonny Bairstow, who got dismissed for a duck in both innings of the Pink-ball Test, could be hoping for a flat pitch whereas the skipper Joe Root looked at the pitch and could  be saying, “Ah shit, here we go again.”

However, for India too, all eyes are on the team selection as well as how the pitch will behave in the final game. The cause was not unknown to any. As the third Test got finished within two days and wickets fell at regular intervals where it can be seen that 30 wickets fell in the span of five sessions as well while only 338 runs could be scored. Electing to bat first, Joe Root-led England were bowled out for 112 as Axar Patel’s 6-wicket haul and R Ashwin’s three-fer did the work for Virat Kohli-led Team India as well.

In reply, Team India too couldn’t do well as they were dismissed for 145 after playing at 99-3 at one stage. However, the pitch remained a matter of debate as it had uneven bounce and it turned quite a bit some times and the pink ball skidded more than the red ball. Later, England once again fell very cheaply as they could manage only 81 runs in their second innings before India registered a 10-wicket win while chasing 49.