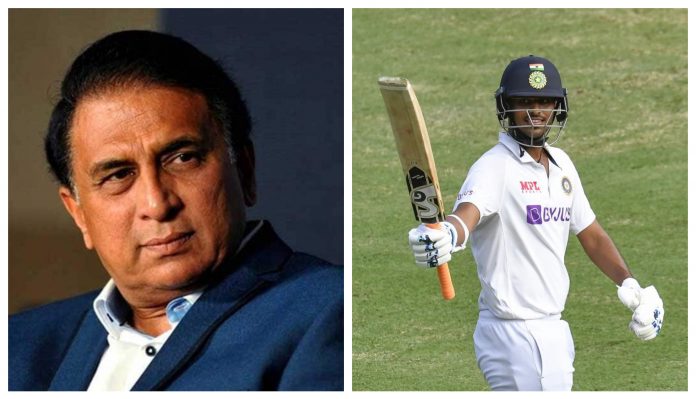 India’s Test series at home started with a 227-run defeat to England in the first Test of the four-match series on Tuesday. While chasing a huge total of 420 runs, India were bundled out within 192 on board, giving a 1-0 lead to the visitors as well. Although India lost, youngsters once again stood up with their brilliant show – be it Shubman Gill, Rishabh Pant or Washington Sundar, all have carried their form with the bat. And, former Indian captain Sunil Gavaskar is hopeful about Sundar.

While saying that India may opt for some changes in the second Test against England at the same venue in Chennai that is all set to start from Saturday, he believes that Sundar ‘won’t be that change’.

“What we heard at the press conference, there could be possible just one change. I can’t see too many changes happening because ‘too many changes’ is a sign of panic. And there is no need to panic,” Gavaskar told Star Sport. “This is a very good team. This team was outplayed and it can happen. Yes, we talked about how the toss was important because you get to bat on good pitches which are much better than on the fourth and the fifth day. So, there could be just one change but Washington Sundar is not going to be that change.”

Meanwhile, Sunil Gavaskar opened up on Sundar’s bowling flaws and he also said that the youngster will be better with time and some help from his teammate – the veteran Ravichandran Ashwin. It is also noteworthy that, he failed to take a wicket in his 26 overs in the first innings and got only one over to bowl in the second innings.

“Because of the way he has batted. Maybe, he might get to bowl a little bit more. He’s is more a T20 type of a bowler because he bowls flat, flat, flat and doesn’t really gives the ball much air as Ashwin does. But it’s something that he can always, in the company of Ashwin sitting and talking to him more -both are Chennai boys – learn and can get better at. So, he definitely will be there. Who goes out that, we’ll have to wait and see,” Sunil Gavaskar concluded.

However, the hosts will look forward to bouncing back in the second Test against England.