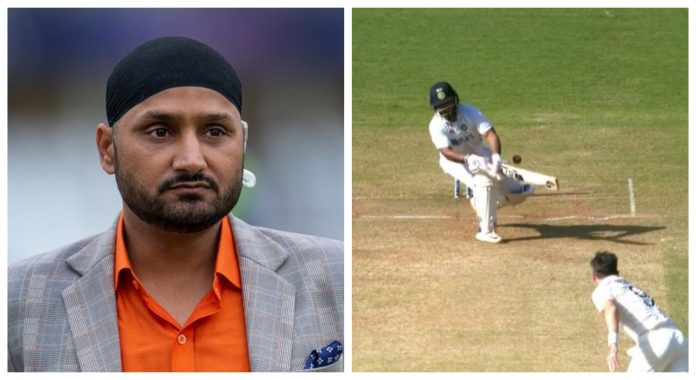 Team India’s young wicketkeeper-batsman Rishabh Pant has been in a formidable form. He slammed a century against England on Friday during the fourth Test at the Narendra Modi Stadium in Ahmedabad. Pant joined the team when the host were struggling at 80/4 with the top four batsmen failed to contribute much.

But Pant didn’t hurry in the middle as he steadied the ship and ensured that India take the lead in the first innings. He took time to settle down in the middle and scored the fifty with patience. But when England took the new ball, he didn’t waste time and reached his second fifty quite quickly. He reached his maiden ton at home with a maximum as well.

However, there was one shot Rishabh Pant played off James Anderson that came in the limelight. In the first ball of the 83rd over of India’s first innings, Pant played the reverse sweep and the ball flew over the slips to the boundary on Day 2. While everyone was quite impressed with the shot that he did against one of the legends of Test cricket, India spinner Harbhajan Singh praised Pant for the shot.

“Credit to him. You need guts to play a shot like that. This shot will remain in Jimmy Anderson’s mind for a long time. When he retires and thinks about the best shots that have been played against him, this shot will cause him pain because it is a question of ego that a small kid played a reverse sweep against such a big bowler,” Harbhajan Singh said during a discussion on Star Sports.

The veteran also said that Rishabh Pant has become a different player altogether since the tour of Australia. He came in place of experienced Wriddhiman Saha and sealed his place in the squad with back-to-back stunning performances. Even, he got the reward as well with the inclusion in the squad for the England series.

“Rishabh Pant’s innings was absolutely phenomenal. Since the time he has come back from Australia, the runs he has scored there, he is a totally different player. He is taking the responsibility on his shoulder and got a great understanding of his game and is playing according to the demands of the situation. His natural game is that of a stroke-player who can demolish any bowler but he showed today that if it is not required, you also need to know how to defend. He generally plays the big shots against the spinners but he gave himself the time to settle as the team needed him to play cautiously and build a partnership,” concluded Singh.