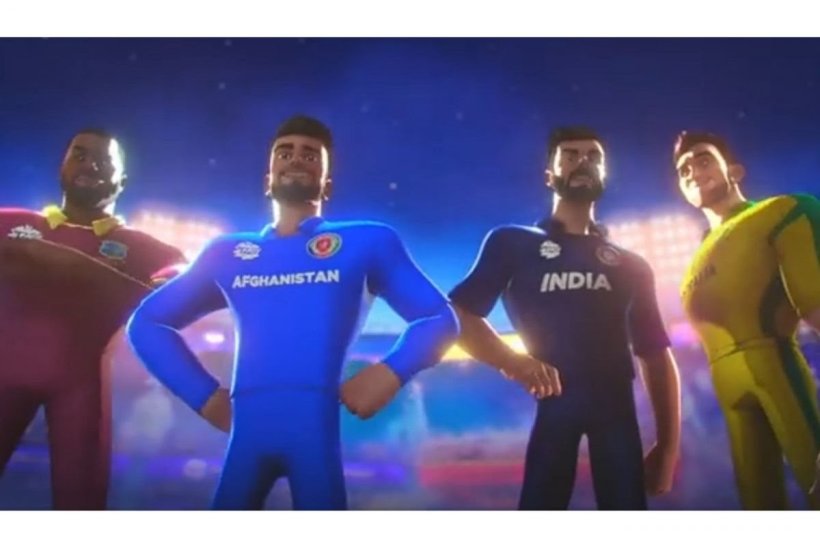 The international cricketing body, ICC has finally revealed the T20 World Cup anthem ahead of the event, which is soon to take place. The anthem, Live the Game, is produced by none other than famed Bollywood music director, Amit Trivedi. The video features animated avatars of sports biggest names – Virat Kohli, Rashid Khan, Glenn Maxwell and Kieron Pollard. Virat is seen leading the pack. The video also featured fans all around the globe waiting for the game ta begin.

The shortest and arguably the most popular format of cricket is back after five years. The event will commence from October 17 at the Oman Cricket Academy in Muscat. The first game will be between Oman and Papua New Guinea. This is the first time that the latter will be featuring in the tournament.

The creators of the video animation has used a combination of 3D and 2D technology to bring the characters to life. ICC had apparently left no stone unturned in creation of the World Cup anthem. Almost 40 people were involved in the production process.

🎵 Let the world know,
This is your show 🎵

The captain of the West Indies team, Pollard cannot wait for the event to commence. He is hoping that the event will bring some excitement into the lives of all the Cricket fans that will be tuning into the match.

“T20I cricket has proven time and time again that it can engage fans of all ages, and I’m excited to bring some fireworks to the stadiums in the UAE and for those watching all over the world”.

The final will take place in November 14 at the Dubai International Stadium. Two other stadiums in Abu Dhabi will also be hosting other T20 matches.

Too many cricketing events were cancelled or postponed last year due to the outbreak of the coronavirus. The return of the T20 World Cup is the biggest Crick event in over a year. Sixteenth countries will be participating in hopes to take the ICC trophy back home.