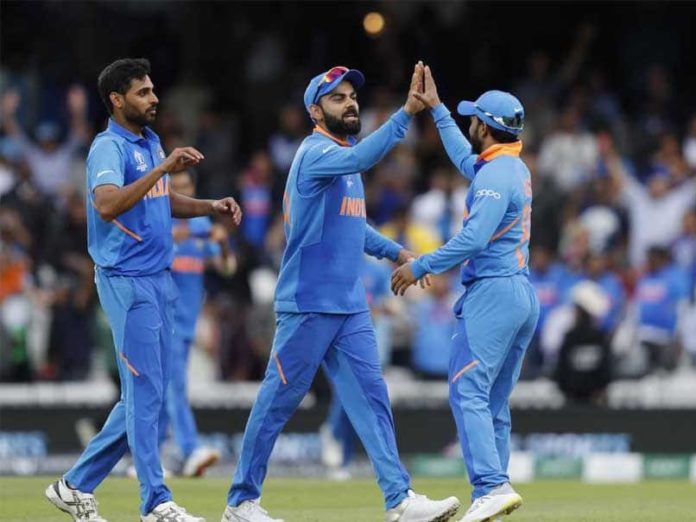 Today’s ICC Cricket World Cup match is scheduled to being played out between two cricketing giants India and New Zealand. This match is largely supposed to be a contest to decide the fate as to who will climb up to the top of the table.

The match is scheduled to take place at Trent Bridge in Nottingham and while it did rain there heavily last night, there is only a 20% probability of raining during the time of the game as predicted by the weather forecasters.

For India, one of their star openers Shikhar Dhawan, after making a century in the previous match against Australia has now been ruled out due to a thumb injury. However, India do have good depth, it is most likely that KL Rahul will be moved up from the middle order to open the batting alongside Rohit Sharma.

While experts believe that Dinesh Karthik will replace him in the middle order. Some also believe that it might be in the team’s best interest to include pacer Mohd. Shami in the team instead to capitalise on the seam conditions of the wicket.

We believe that both Karthik and Shami should be included in the team and instead due to the seam conditions Kuldeep Yadav should be dropped. Giving the team enough batting prowess and stability while also adding another pacer to its arsenal. However, playing with only 1 spinner is indeed a risky strategy, if the pacers fail to get a breakthrough.

On the other hand, New Zealand already have a set well-established squad and they look unlikely to tinker with it, will most likely switch to the winning combination only. 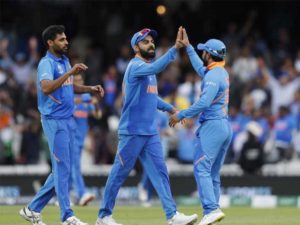 They do have three out-and-out fast bowlers, Trent Boult, Lockie Ferguson and Matt Henry and James Neesham and Collin De Grandhomme can also bowl quick, with Mitchell Santner being their only spin option.

New Zealand’s batting has also delivered well so far. With Kane Williamson and Ross Taylor, in particular, have really shone well. Martin Guptill has also gotten the Kiwis to fast starts so far.

CWC 2019: Rishabh Pant called in as cover for Shikhar Dhawan