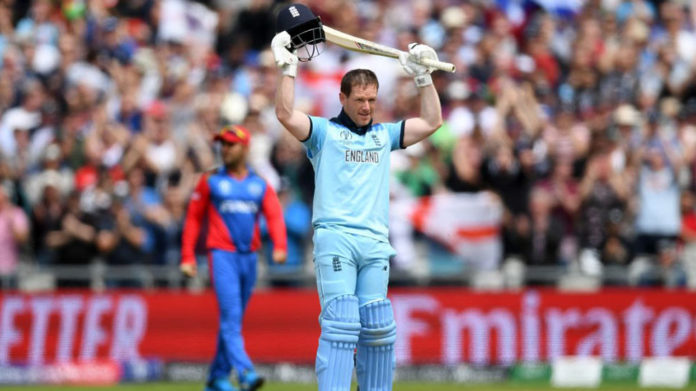 Oh, what a match it was! Historic. Record-breaking. One for the ages.

All these above-mentioned adjectives can be perfectly used to describe yesterday’s match between England and Afghanistan.

The English captain Eoin Morgan won the toss and elected to bat on what seemed like a good, flat, batting friendly pitch. Morgan’s decision soon turned out to be correct as while it did not rain from the clouds, instead it was raining sixes.

England made a comparatively slow start with Johnny Bairstow taking his time to settle in. However, it all changed when Morgan came in to bat. Even Morgan started slowly, but when he was given a lifeline at the score of 24 on a Rashid Khan delivery due to a dropped catch, Morgan completely let loose and brought out the big guns.

He then started smashing every Afghanistan bowler, Rashid Khan, a bit too much, in particular. Morgan made 148 runs and ended up hitting a record-breaking 17 sixes, thus scoring more than 100 runs in sixes alone.

Rashid Khan, Afghanistan’s talismanic star player and their most potent bowler, too conceded a record 106 runs in just 9 overs.

Later flurries from Joe Root and Moeen Ali helped England post a mammoth 397 on the board. 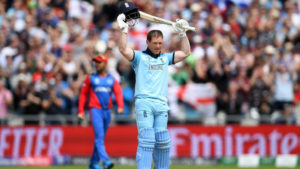 Afghanistan to their credit did bat well. However, they were crushed under the weight of chasing down such a herculean target and also by England’s phenomenal bowling.

They did do well to at least cross the 200 run mark and were playing for a lost cause, just to save some grace.