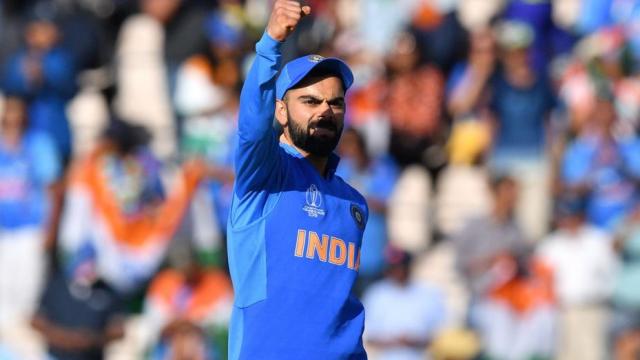 Today’s ICC Cricket World Cup match is between the mighty India and the West Indies. India is currently sitting on the third spot in the table with nine points, as one of their matches against New Zealand was washed out due to rain and was deemed as a nor result draw.

India are currently invincible in the tournament and have almost all their match rather comfortably with  relative ease. They have bullied almost all teams they have faced so far to secure impressive victories, even the dangerous Australia. On the other hand, West Indies have had quite contrasting fortunes.

The former great Windies have won just a single game so far, i.e. their opening match against Pakistan. Since then they have lost 4 matches even against considerably weaker teams like Bangladesh. They have also had one fixture washed out, just like India. Thus, with three points to their credit, they are currently sitting at the eighth position and are in the bottom three.

India has found a well-balanced squad right now and while there were some concerns before the tournament began, about India having only three seamers and also about the no. fourth spot in the middle of their batting order. All such concerns have now arguably been resolved and India seem to be even stronger and more balanced than the hosts England.

Mohd. Shami has seamlessly filled Bhuvaneshwar Kumar’s spot and took an amazing hat-trick in the last match and will look to continue his fine form.

West Indies has been a force to be reckoned with in 20 overs cricket, but they have failed to do well in ODI and the test format of the game. They have struggled with form of their key players and with injuries to key star players like Andre Russell. They have also been unable to function well together as a team. 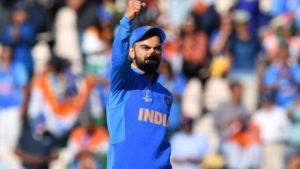 While the recent good form of Carlos Brathwaite with the bat is suddenly good news for the Windies, but other players have to also perform well for West Indies to potentially defeat the mighty Indians.