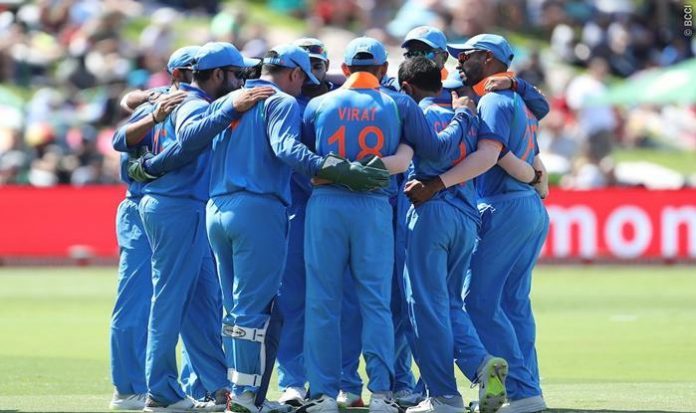 The ICC Cricket World Cup which is currently being held in England is finally in its business end as the semi final stages of the tournament begin with only four of the World’s best teams left to battle it all out for the biggest prize in Cricketing history.

The first semi final is scheduled to take place today and will be played between the mighty Asian giants India and New Zealand at Old Trafford in Manchester today. It should be noted that quite interestingly India and New Zealand have never faced each other before in a world cup semi final. Thus, this will mark their first meeting in such a crucial world cup KO game. They were also supposed to play each other in the group stages but the match was abandoned without even a single ball being thrown due to rain.

However, these two teams had clashed during a warm up match before the tournament had begun and the Kiwis had absolutely thrashed India, with the mighty Indian batting line up even failing to score 200 runs. Though, that match was only a warm up and it looks like a thing of the distant past now.

India absolutely dominated the group stages, only losing to England and will easily be fancying their chances of not just winning today’s semi final match but also the final itself. There is just one major weak link among this mighty Indian team that has come to the forefront in this epic tournament, i.e. India’s middle order in batting has largely failed. Apart from a few good innings from Hardik Pandya, not even the great MS Dhoni can claim that he had produced good batting.

Thus, if India were to lose crucial early wickets, there are doubts whether Indian batting’s middle order will step up or not. India desperately need one of its favourite sons , the legendary MS Dhoni and along with him young guns like Rishabh Pant to fire, if they are to get past New Zealand.

On the other hand, New Zealand’s bowling attack has been absolutely deadly with Trent Boult running away with wickets. Lockie Ferguson and Matt Henry also provide them with lethal options who are adept at getting important breakthroughs, alongside Mitchell Santner. However, their batting has been a point of concern. Apart from Kane Williamson and Ross Taylor and Tom Latham to an extent, their batting order including Martin Guptill has disappointed so far and have been massively out of form.

Today’s match is supposed to have overcast cloudy conditions which might favour seam bowling a bit. Thus, this might not a high scoring match and both team’ batting will be tested and taken to the limit.