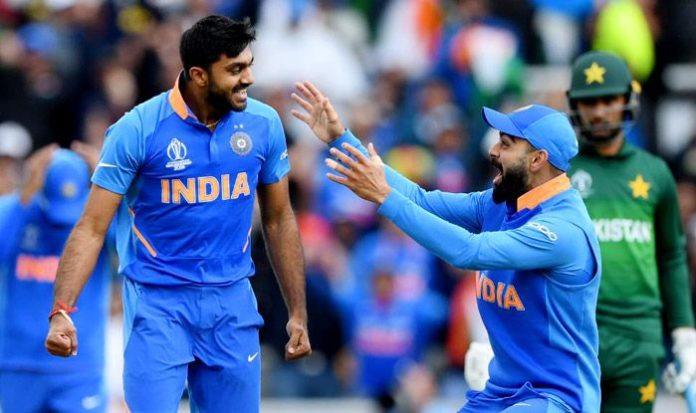 While the Cricket World Cup is quite easily the most anticipated cricketing tournament in the Cricketing world, there are some matches, in particular, that are special and anticipated even more than the World Cup final and semi-final matches itself. One such match is the game between India and Pakistan.

The match is traditionally a heated rivalry with a complete derby like feel, due to the geopolitical tensions between the two nations and the wars, shared history and animosity that they have. Cricket has always been a tool for both these countries to peacefully “one-up each other”. Thus, easily making this rivalry the greatest in the sport’s history and also the most heated one.

The match between India and Pakistan was recently played just yesterday. Just like every time before, India again came out on top in that match as well and defeated Pakistan by 89 runs due to the Duckworth Lewis method.

Today, we are taking a look back at the game and decide the 5 major takeaways from yesterday’s thriller between the two rival nations.

The Hitman Always turns up to the big parties

What can we say about Rohit Sharma that has not been said before? The man is an absolute beast when it comes to batting. While he has had troubles against Mohd. Amir previously, he did brilliantly to avoid Amir in the opening exchanges of the match and later when he got into his rhythm, even smashed Amir for boundaries.

He is a special player who always turns up for every big match. India can surely depend on The Hitman to turn up during every big match in the tournament and give them good, fast starts.

The Indian batting order is reliable and equally capable

Such is the depth of the Indian batting order that even after a world-class batsman like Shikhar Dhawan got injured, he was seamlessly replaced by KL Rahul and Vijay Shankar in the team.

Such is the depth and strength of the Indian batting that stalwarts with the bat like Dinesh Karthik and Ravindra Jadeja are unable to get even a single game for the team.

Even apart from Sharma, KL Rahul, Virat Kohli, etc all played incredible innings and even after 337, the score could have been even higher.

Kuldeep Yadav finally turns up to the party

Indian chinaman Kuldeep Yadav has a legitimate claim to being one of the world’s best spinners. In England, his performance had previously been exceptional, and he has rightfully claimed one of the spots in ICC’s top 10 ODI and T20 bowling rankings.

However, ever since this year’s IPL, Yadav has been massively out of form, being played out and massively ineffective. His wicket-taking edge was seemingly missing. Though, when India was in a desperate need for wickets, Yadav did turn up and took a brace. 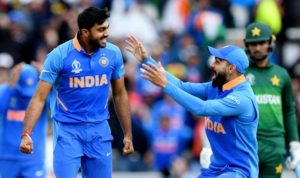 In their entire cricketing history, particularly in the World Cup’s, Pakistan has had a terrible record in chasing down scores, especially against India. Even in this World Cup they have twice failed to chase down scores, their key strength is also their bowling and not their batting, yet when Pakistani captain Sarfaraz Ahmed won the toss, he instead opted to bowl.

During the match as well, Ahmed made multiple poor captaincy errors in terms of bowling changes and field positions.

Overall, the Pakistani team management also did make some glaring errors with the team selection, like leaving out an extra batsman and instead playing 2 spinners against a team like India, who play spin really-really well.

For all their massive hype, matches between India and Pakistan have generally been very one-sided over the years and have failed to deliver in terms of the excitement and thrill.

However, while the scoreline and the margin by which India eventually won the game are onesided, that was not always the game. Pakistan had made a bright start and they way Fakhar Zaman and Babar Azam were batting, there was a fear of the game potentially slipping away from India’s hands.