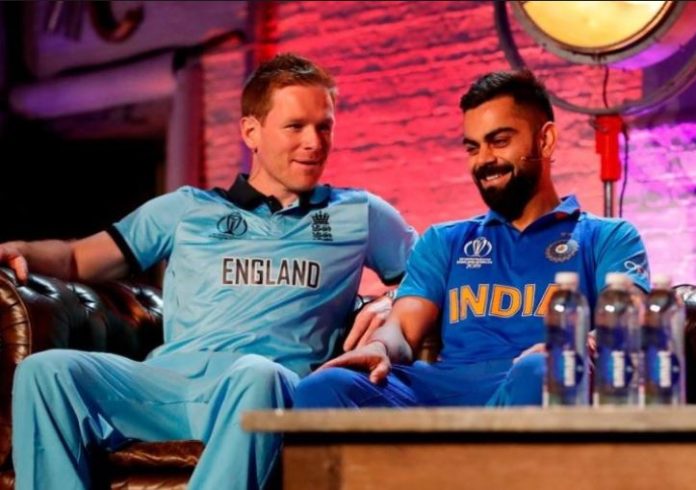 Virat Kohli backed the hosts England as one of the strongest sides going into the tournament. Moreover, he feels that the English team are ‘obsessed’ to reach the 500 score mark in an ODI before any other team.  Which should not come as a surprise as they are the current record holders for setting the highest total in an ODI, 481-6 against Australia.

The form that the hosts are going through makes them a formidable side. Arguably they are touted to be the favourites by many in the cricket fraternity to lift the World Cup. They will be in a good headspace after a thumping 4-0 series win against Pakistan.

During the captains’ media interaction, Kohli was asked about the probability of a 500 plus score in the tournament, to which the Indian skipper replied:

“I was just going to say it really depends on these guys. They seem to be obsessed with getting to 500 before anyone else,” pointing towards the English Captain Eoin Morgan.

However, Kohli feels that in the World Cup environment even a score like 260-270 can prove to be a match-winning one, and under crunch circumstances, it can be as difficult as chasing a total of 370-380.