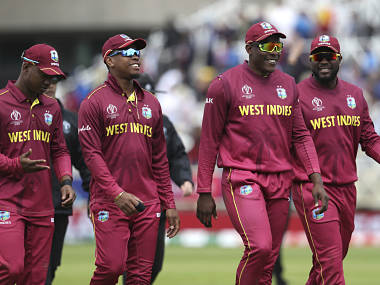 The next match in the ICC Cricket Wor,d Cup 2019 is going to be played out between the West Indies and South Africa in Southampton, England from 3 PM onwards IST.

South Africa have made a terrible start to the tournament and even after 3 matches, they are still trying to register their first victory. However, the three defeats that they have had so far in this tournament against the likes of England, Bangladesh, and India aren’t the only issues with their side. The South Africans have also been handed out major setbacks due to injuries to Dale Steyn and Lungisani Ngidi.

Though, it is not just their bowling department where the South Africans are struggling. Their batting line up has also failed to deliver so far. Even their captain Faf du Plessis has also seemingly only played uninspiring innings so far.

On the other hand, the West Indies did win their first game Pakistan comfortably but later lost an extremely close match to Australia.

The West Indians, unlike their opponents, do not, fortunately, have any injury setbacks and are at full strength. They have also had their batting order in fine form. At the top, the ever-present Chris Gayle is still smashing runs, but even their middle order has now been strengthed by the like of Shimron Hetmyer, Nicholas Pooran, etc. The West Indians probably on paper also have the best big hitting finishers in the form of Andre Russell, Jason Holder, Carlos Braithwaite, etc. 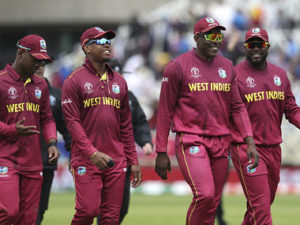 On paper, West Indies are looking like the stronger side and even have the momentum with them. South Africa is a struggling team but does still have plenty of skill and talent to defeat anyone in the tournament.

Another thing to consider in this matchup is that there is a massive cover of cloud over the city. Thus, rain and winds might play a huge factor too, plenty of seam movement to help pacers in troubling the batsmen can be expected.