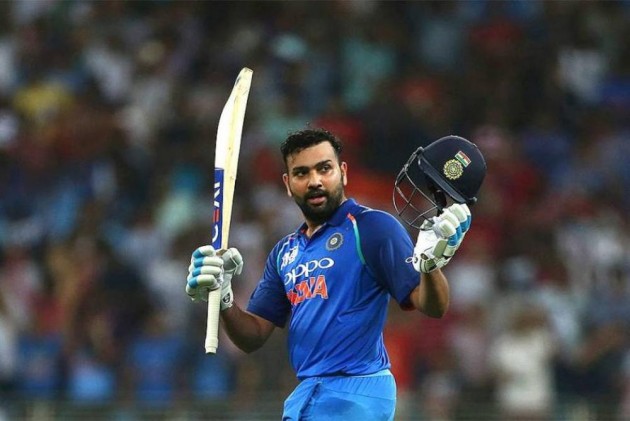 Rohit Sharma is on an all-time professional high after his record-breaking stint as a captain in the IPL, which led to his team winning the championship for the fourth time, any other side is yet to achieve such a feat in the tournament. However, there still seems to some concern looming around his batting form. The Indian team will be banking on Rohit Sharma for a brisk as well as steady start early in the innings.

Rohit Sharma was dropped from the 2011 World Cup, and the one in England will be his second World Cup Campaign, the first one being the 2015 one. Sharma feels he understands the dynamics of such an event and wants to finally lay his hands on the World Cup trophy.

Rohit Sharma spoke about how representing the Indian side in the Worldcup was his childhood dream, and it could get a fairytale ending it he is a part of a World Cup winning side.

He also shared his views on the desperation that an international cricketer needs to have in order to increase the hunger and the appetite for victories. However, for himself, composure is what he is stressing on rather than the desperation.

He admits that the Rohit Sharma we see now is drastically different from the one we saw a decade back. He has learnt his lessons the hard way and wants to ensure he is in the best state of mind going into the tournament with such stature.