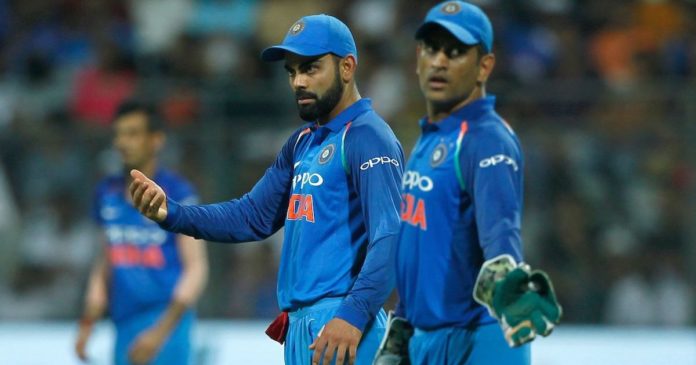 India’s skipper Virat Kohli who took over the captaincy from veteran MS Dhoni has always stressed on the latter’s influence in the side, which is not just restricted to the runs that he scores, but much beyond that. The same has been testified by Team India’s head coach Ravi Shastri.

Shastri emphasised on the compatibility between the two players and how vital it is for the team. Both the individuals have high regards for each other and strive for a common goal, that is the upliftment of the team.

Speaking about the matter Shastri was heard saying the following:

Shastri spoke about how the youngsters in the side can acquire a cricketing masterclass by merely observing Dhoni and the way he carries himself on the field.

Talking about the contrasting personalities in the team, Shastri added

“We don’t want all personalities to be the same in the team and then you know all hell will break loose, but you need that. That kind of a passion from Virat, the calmness from MS and each player is different. Rohit can be different from Shikhar. Kuldeep could be different from someone like Hardik. You would want that,”