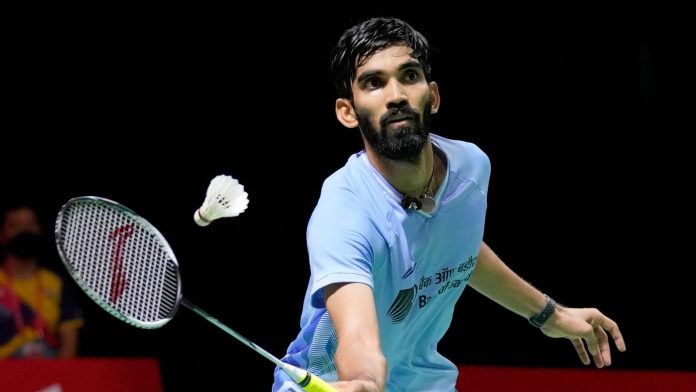 On Thursday, India’s Kidambi Srikanth embarked on a winning start on his campaign opener at the Hylo Open with a victory over Lu Guang Zu in Saarbrucken, Germany.

Srikanth, the current World no, 1 shuttler, fell back in the first game, before bouncing back gracefully to win the next two comfortably to defeat Zu by a 15-21, 21-14, 21-13 margin.

With the victory, Srikanth has maintained a cent percent win record over his Chinese rival. The two had met before at the German Open in March 2022, when Srikanth won with a similar 2-1 score.

However, Srikanth is now only one of the two Indians remaining to continue the country’s campaign at the tournament, since NG Ka Long Angus knocked out Lakshya Sen in the first round, and HS Prannoy withdrew from the event.

In the women’s counterparts, Gayatri Gopichand and Treesa Jolly won their women’s doubles outing against Linda Efler and Isabel Lohau, defeating the German duo 21-18, 21-15 to make their way into the next round.