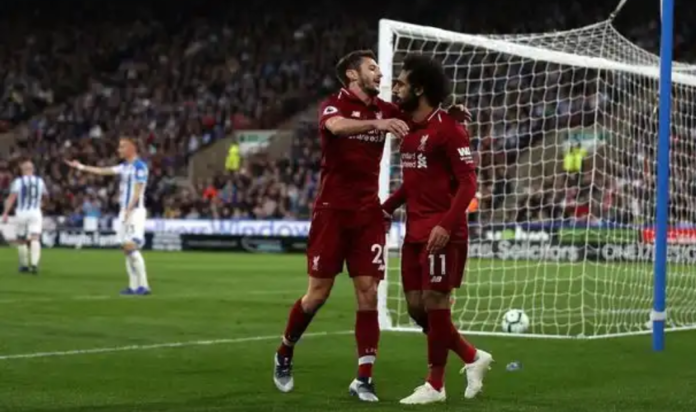 Liverpool have got a nervy win against Huddersfield Town at John Smith’s Stadium on Saturday to move to the second position in the League Table of the Premier League. Both Liverpool and Manchester City are standing at 23 points after the 9th gameweek; but City are ahead of the Reds in terms of Goal difference. 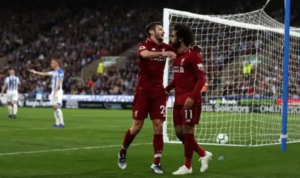 The match has been slightly tricky one Jurgen Klopp’s men. Sadio Mane was not in the squad of Liverpool as he had undergone a surgery for the broken thumb just three days before the match. On the other hand, Roberto Firmino was in the bench as Daniel Sturridge got the nod from his manager to start the match against Huddersfield Town. Adam Lallana was back in the starting lineup of Liverpool after many days. The Reds were the dominant side in the field from the very first minute of the match. But Huddersfield Town were also going for counter attacks. Mohamed Salah’s right footed strike at the 24th minute of the match has given the lead to Liverpool. It was a perfect pass provided by Xherdan Shaqiri and Mohamed Salah did not commit any mistake to guide it towards the Goal.

In the second half, Huddersfield Town tried hard to get back in the match. Jordan Henderson and Adam Lallana were subbed off due to injury problems. Steve Mounie and Isaac Mbenza also came in for Huddersfield Town to provide some attacking threats. Steve Mounie missed a golden opportunity to make the scoreline level for the home side in the dying minutes of the match. Liverpool were able to keep the one goal lead in tests match despite the pressure of Huddersfield Town in the last few minutes of the match. David Wagner can be happy with the performance of his side against Liverpool but their side is already in the relegation zone with only 3 points from 9 matches so far in this season.