Indian shuttling ace HS Prannoy had his Japan Open Super 750 campaign concluded in the quarterfinals after going down valiantly against Worlds bronze medallist Chou Tien Chen to a 21-17, 15-21, 22-20 margin on Friday in Osaka.

Coming from a superb straight game win over former world champion Loh Kean Yew in the pre-QFs, Prannoy met his longtime adversary Chou, against whom he had racked two back to back victories in the past.

The Indian had taken the lead in the first game and went up 12-8. However, the Taiwanese player superbly came from behind to get into the lead at 15-14, before sealing the first game.

The second game saw Chou on the lead once again, but Prannoy fought back to even the odds at 10-10, before embarking on accurate smashes down the line to get onto a 19-14 lead and from there, he took the match into the decider.

However, the final game of the match had Prannoy trailing once again as Chou took a 4-1 lead. He did produce two brilliant cross court returns to reduce the gap at 14-15, but an error helped Chou get into the lead once again at 17-14.

The Taiwanese shuttler kept his three point lead over Prannoy along with three match points in the final moments of the match. Despite Prannoy’s last minute efforts to make a winning strike, Chou secured the victory after the Indian had gone wide. 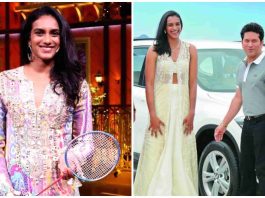 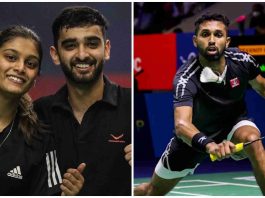 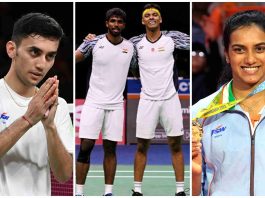