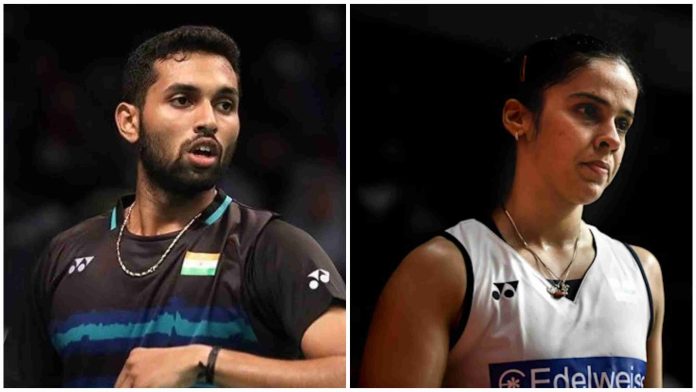 In a very contrasting outcome of events, Indian shuttler HS Prannoy dominated in his opening round to advance into the men’s singles pre-quarterfinals of the Denmark Open Super 750, while Saina Nehwal suffered a premature exit from the women’s singles first round of the tournament in Odense on Wednesday.

Prannoy earned his 21-13 22-20 straight game win over Zhao Jun Peng in 43 minutes, marking his first victory over the Chinese shuttler this year after going down against him twice at the Indonesia Open in June and the World Championships in August.

Prannoy’s next round will be against fellow Indian shuttler Lakshya Sen, who defeated Indonesia’s Anthony Gintin 21-16, 21-12 in 39 minutes to secure his entry into the pre-QFs.

Saina, on the other hand, toiled hard against China’s Zhang Yi Man for 38 minutes but failed to taste victory at the end. The 2012 Olympics bronze medallist had came back in the second game to take the match into the decider, but ultimately suffered a 17-21 21-19 11-21 loss.

This marked Saina’s second defeat to Yi Man this year, after losing to her at the Macau Open back in February. Saina’s exit also marked India’s women’s singles campaign at Denmark Open.