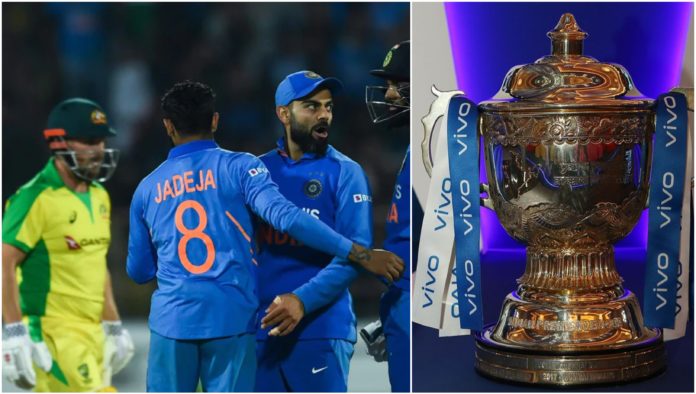 After much speculation and discussion around it, the Indian Premier League (IPL) finally has a tentative date!

The cash-rich tournament looks set for the UAE with September 19 touted as the commencement date. As the IPL organisers get busy chalking out the finer details of the world’s most lucrative cricket event, there would be many getting in a huddle to adjust their cricket itineraries accordingly.

Apart from 125 Indian cricketers, there would be 61 overseas players taking part in the tournament which is likely to conclude on November 8 as per the initial calendar.
Considering the fact that the IPL plans went ahead only after the two-month window was opened up after the ICC postponed the t20 World Cup citing the Corona Virus Pandemic, it is understood that most of the cricketers would be available to play the full tournament. 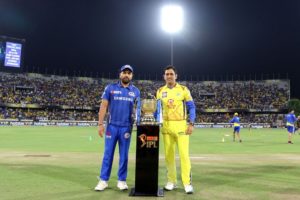 However, the BCCI has a few commitments to safeguard as Virat Kohli-led team is scheduled to play a 4-Test ‘Border Gavaskar series’ Down Under, with the first Test match slated to begin on December 3. The IPL window has been drafted with the series in mind, but the BCCI will need to keep a close eye on their interests and ensure that the tour of Australia is not jeopardised.

As one takes a closer look at the ICC’s FTP (Future Tour Program) schedule, there are as many as five series potentially affected by the IPL. In addition, the new rules for the touring teams, owing to the mandatory two-week quarantine period implies that teams will have to plan their travels and calenders quite precisely.

India’s coveted tour of Australia begins with a three T20I series followed by a 4-match Test series in December-January.

Given the new travelling norms, the touring Indian team will have to follow a mandatory two-week quarantine period, in addition, the returning Australian players from the IPL will have to abide by the safety protocols too. This is where it gets tight.

In light of this, the BCCI’s request for a shorter quarantine period has been turned down by Cricket Australia-which leaves both the boards will hardly any dates to manoeuvre.

“If the IPL indeed concludes by November 8, the team can fly to Australia the next day, undergo the mandatory safety tests and start with the practice and warm-up matches so that the first Test can go ahead as scheduled. The team might consider playing a day-night warm-up match ahead of the proposed day-night Test in Adelaide,” A BCCI official explained.

Nick Hockley, the newly-appointed CEO of Cricket Australia (CA), has said CA will ensure that best training facilities within the quarantine zone for the Indian team are put in place, allowing the Indians to prepare for the series in a best possible manner.

It is said that although CA has not finalised any specific venue, Adelaide Oval is the likeliest destination for the Indians, given the fact that there’s a hotel in close vicinity of the stadium. This will allow the touring team and support staff to be in a biosecure environment before the Border-Gavaskar trophy begins.

“The two-week quarantine span is quite well defined,” Hockley told the reporters on Sunday.

“What we are working on is making sure that even within that quarantine environment, the players will have the best possible facilities to train and are in optimal condition before the series begins. We’ll obviously follow the guidelines set by health experts and authorities,” he explained.

“There are a lot of things at stake. Certainly, the fact that the Adelaide Oval has a hotel..it provides a facility not dissimilar to Old Trafford or Ageas Bowl, where the hotels are integrated into the venue,” he added.

The much-anticipated four-Test series which begins on December 3, is to be played at the Gabba, Adelaide Oval, MCG and the SCG.

The saliva and the kookaburra

The Corona Virus Pandemic has forced the ICC’s hand at tweaking a few playing conditions, most notably the ban on using saliva on a cricket ball. The Kookaburra ball used in Australia is not known to have a profound seam as Dukes or SG Test ball. And the flattening of the seam coupled with the saliva ban could spell doom for the bowlers on both the sides.

Another dimension to the theory is, Australian wickets over the past few summers have been uncharacteristically dry, which speeds up the ball’s wear and tear considerably-negating any kind of swing.

And that is precisely the reason, a host of former players are suggesting the use of an artificial substance to shine the ball to make it a level playing field.
In the midst of the COVID-19 pandemic, the world is witnessing wholesale changes, and cricket is no different!

IPL 2020 to take place in the UAE, confirms BCCI