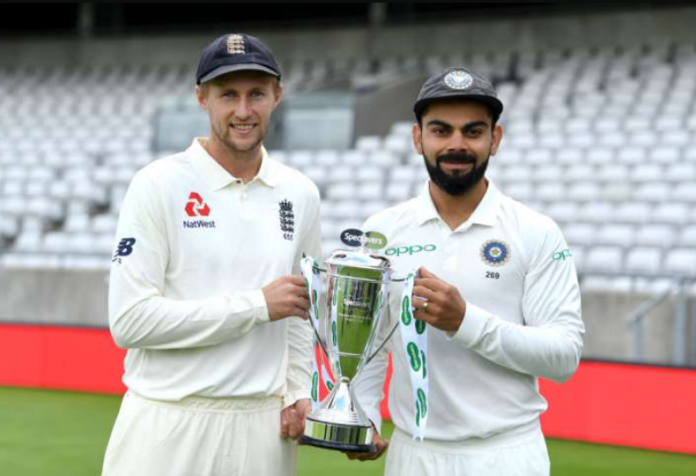 In terms of cricket, touring India has often been seen as the final frontier for teams across the world. The great teams of yesteryears have found winning in India beyond them and even the great West Indies team of the 1980s and Steve Waugh’s invincibles of 1990s bit the dust in pursuit of glory in India.

The moment Joe Root‘s England landed in Chennai, they knew they were up against it. It will take a monumental effort for them to even get a sniff around, given India’s domination on home soil over the past decade or so.

In fact, England were the last team to beat India in a home series in November 2012. Since then, India have been victorious in all the 12 home series they have played since- an astonishing record in itself. India has won 28 of the 34 home Tests since February 2013, drawn 5 and lost just one solitary match in this time-frame – to Australia in the series opener in Pune in 2017. Such domination at home has seldom been witnessed by any team in any era in Test cricket history!

Over the years, the India-England series has seen a steady rise in competitiveness and the standard of cricket on offer. So much so that many former English cricketers believe that winning a Test series in India is bigger and tougher than winning the Ashes.

In terms of leadership and pure batting point-of-view, both Virat Kohli and Joe Root will obviously be crucial to their team’s prospects. For Root, though, the series is going to be his bigger test.

Given how tough things have been for cricketers, horses for courses has been the English team’s mantra for success in Sri Lanka. Wicket-keeper batsman Jonny Bairstow will not be involved in the first half of England’s four-match series in India after being rested as part of the ECB’s rotation policy. With England playing 17 Test matches in 2021 and competing for the T20 World Cup at the end of the year, multi-format players will be rested as the ECB aim to avoid burnout.

England have three spinners in their squad for the much-anticipated series in Dom Bess, Jack Leech and Moeen Ali. Moeen Ali, who has toured India before and also has vital IPL experience to his disposal has often been India’s nemesis in the past. Bess however, has played each of England’s last eight Tests, with steadily improving results culminating in 12 wickets at 21.25 in a 2-0 win over Sri Lanka.

Monty Panesar and Graeme Swann played a pivotal role in England’s success in India in 2012, and Joe Root will certainly hope for similar exploits from his spinners on this trip.

With Ravindra Jadeja, ruled out of the four-match Test series against England, the pressure will be on R Ashwin to come up with the goods and perform for India in what is a hugely significant series keeping in mind the World Test Championship Final at Lord’s in June.
Ashwin has picked a staggering 254 wickets in just 43 Tests at an average of 22.8 in India. But again the parameter which truly stands out is his strike rate. At 49.4, it is the best for a spinner at home in Test cricket history.

England heavily rely on Joe Root and his performances against the spinners will certainly be pivotal to England in the series. He, along with Ben Stokes is undoubtedly one of the best players of spin bowling and he’ll hope to continue with the form he showed in Sri Lanka, which saw him score two centuries. But most important in this series will be his picking of the length of the ball going back and forward, and obviously how perfectly he keeps playing the sweep against the likes of Ashwin and Kuldeep Yadav.

For batsmen who have grown up in England, you’re used to the ball swinging and seaming. Their success on the Indian tour will depend on how much they succeed in keeping out Ashwin and Co. It’s an uphill task, but as we know from India’s tour of Australia, never say never!