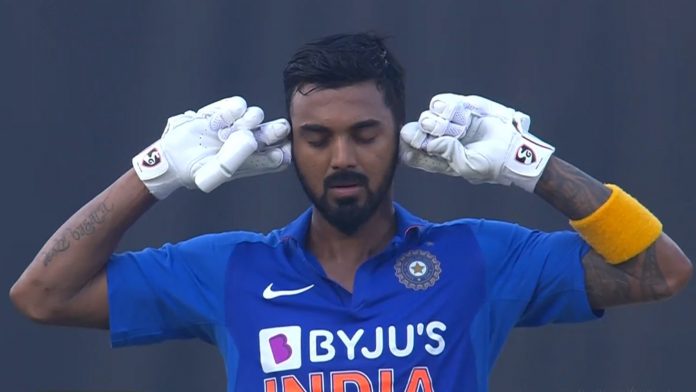 If a player is keeping wickets for 50-over games at a stretch, he ought to sight the ball better while batting. And KL Rahul is exactly doing that. In his first full season as the captain of the Kings XI Punjab side, Rahul sparkled-smashing 670 runs in 14 matches with a ton and five fifties.

More than that, it was his leadership qualities that impressed one and all, hence proving that he’s ready for the big league. A naturally aggressive batsman, Rahul has finally stamped his authority with his acumen and reading of the game.

The 27-year-old has been in sublime form as India’s mainstay wicket-keeper in limited-overs of late. His consistent run with the bat and gloves could see Rishabh Pant and Sanju Samson vying for the second keeper’s slot in India’s limited-overs squad. Moreover, in absence of Rohit Sharma, Rahul has been thrust upon the responsibilities of a deputy to Virat Kohli, which shows the kind of faith Team India think tank and the Selection Committee have in him.

Indeed just like for countless others, the Indian Premier League (IPL) has proved to be KL Rahul’s natural habitat from where he’s learnt his trade. Given the way the lanky batsman has dominated with the bat, this should not come as a surprise despite his failures in Test cricket.

The 28-year-old has easily been the best batsman across the last two editions of the IPL. Since making his debut for Kings XI Punjab, Rahul has aggregated 1252 runs from only 28 innings. In this period, Rahul hit 13 fifty-plus scores including an unbeaten century.

In Rohit Sharma’s conspicuous absence, the in-form KL Rahul will be Virat Kohli’s deputy in the white-ball teams and is also back in the Test squad after a considerable period of time. Wicketkeeper-batsman Rishabh Pant failed to make the cut for the limited-overs even though he retained his place in the Test squad.

Rahul is being groomed as India’s first-choice white-ball ‘keeper till the 2021 World T20 and beyond. Also, he has impressed everyone with his leadership skills and that’s why this elevation as vice-captain.

Rahul had kept wickets for Karnataka in the past but it was perhaps Kings XI that tuned him up as a smooth operator. The franchise had not picked a specialist ‘keeper in 2018 and the gloves were handed over to the explosive batsman instead.

But, if Rahul is going to keep wickets in white-ball cricket on a semi-permanent basis, then there will come a need for him to train differently, especially on the physical aspect, as the repetitive action of squatting, rising with the ball and working with a different set of muscle-sets.

A Test opener and batting mainstay in limited-overs cricket, who also doubles up as a gloveman in the shorter formats, Rahul’s evolution as a cricketer over the last few seasons in the IPL and international cricket has been quite phenomenal. His fair collections and assured presence behind the wickets last season, prompted the India think-tank to try him out as a wicket-keeper batsman in limited-overs cricket and the move, thus far, hasn’t been one that it would regret.

At the beginning of this year, he opened and kept wickets in the limited-overs leg of India’s tour of New Zealand. Since then the Mangalorean hasn’t looked back since, totalling 224 runs in 5 T20 internationals, the most runs scored by an Indian in a bilateral T20I series overseas, eclipsing the previous highest of 199 by his skipper Virat Kohli against Australia in 2016.

His rise within the ranks of the national setup was evident as he was looked at as the missing piece of the star-studded Indian batting line-up that travelled to the UK for 2019 Cricket World Cup. Rahul didn’t disappoint and returned with an impressive tally of 361 runs from nine matches. Although India fell short of reaching the final, in the form of KL Rahul-they found a worthy replacement to MS Dhoni behind the wickets.

Rahul will travel to Australia with fond memories, as he made his international Test debut in the Boxing Day Test on 26 December 2014 at the Melbourne Cricket Ground, replacing Rohit Sharma. The script couldn’t have been any similar as he has yet again taken over as a deputy from Rohit Sharma. This time around though, Rahul would bank on stamping his authority, not just on the team- but on the opposition as well.