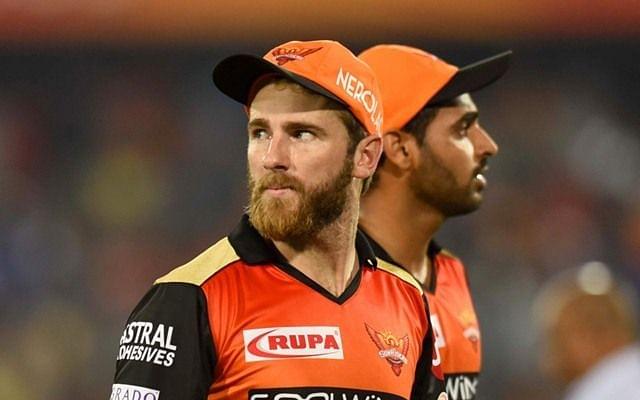 On a sweltry Monday evening in Dubai, the Sunrisers Hyderabad missed the calmness skipper Kane Williamson brings in the middle overs in their chase of 164. The nervy loss by 10 runs from seemingly a winning position does not bode well for Sunrisers. They will not only be gutted by the defeat but also the implications of it for the rest of the IPL will be a cause of concern.

The franchise were quick to clarify that the New Zealand batsman missed the opening game of the franchise against Royal Challengers Bangalore (RCB) due to a quadriceps injury which he sustained while training. But his absence was felt in more ways than one.
Ever since Bairstow forged a formidable opening partnership with Warner; and with the emergence of Rashid Khan and Mohammed Nabi, Williamson’s place in the starting XI has come under clout.

Apart from his effective captaincy, Williamson also can anchor an innings, a facet which is already proving to be necessary for run chases as seen so far in the tournament. There is no word on when Williamson will be available for selection, but what happened in their chase might leave Sunrisers desperate for his calm and his experience.

SRH in a way face embarrassment of riches in their batting department. David Warner is a certainty, but whether they will opt for the in-form Jonny Bairstow or go for the dependable Kane Williamson is a big question. Apart from his assured glovework behind the stumps, Bairstow was in great form last season and his opening partnership with Warner gave SRH flying starts in several matches. In Mitch Marsh, they have someone who can contribute to the team’s cause with both bat and ball.

Cricket is a sport full of complexities, where individual and team success diverges quite often. One of the remarkable things that sets Williamson apart from the rest is, personal milestones never affect him. Williamson, who silently makes his presence felt, functions on an altogether different wavelength. Perseverance has always been the prized possession of the New Zealand skipper.

During the crunch situations, his calmness always stands out. He makes up for his lack of brute power by working the ball in the gaps and stealing singles under the nose. The right-handed batsman stamps his authority with his patient, yet defiant knocks.

Be it Test cricket, One Dayers or the frenzied IPL, what makes Williamson exceptional is his ability to assess situations and be proactive. Just like MS Dhoni, Williamson excels in providing the soothing effect amidst the chaos of an IPL encounter. He backs his team-mates to the tilt and stands tall even during the most challenging circumstances, safe to say he is made of different mettle. Apart from all his stylish batting, his inspirational captaincy leaves a lasting impression, something SRH missed dearly against Virat Kohli’s RCB.

A BIG THANK YOU from the #SRHFamily to all the frontline workers across the world and everyone involved in bringing back cricket in our lives 🧡#OrangeArmy #KeepRising #SRH pic.twitter.com/eboWCyHVh0

Williamson’s batting might not possess the lazy elegance of a Rohit Sharma or the flamboyance of stand-in skipper David Warner. But time and again he has made it up with his astute captaincy. Every time he goes out to bat, he has shown the world how simple the art of batting is. Because he has a job at hand. Because the next time his team will be in trouble, Williamson would be there at the crease; taking the blows, quietly accumulating runs and bailing the team out of trouble. He would also be marshalling his resources prudently; some of his decisions will pay off some won’t. But he will carry on, unassumingly. Like he always has.

Everyone saw the way the 2019 World Cup final panned out in the most dramatic fashion. New Zealand lost by the slimmest of margins – by boundary count after the Super Over. But Williamson remained graceful in defeat as well, walking off to a standing ovation. Surely, Williamson must be hurting after losing out on a World Cup trophy after coming so close. But the way he handled himself, Williamson won a lot of plaudits.

His contemporaries Ross Taylor, Brendon McCullum, Martin Guptill have all trailblazed their way to success, while Williamson chooses a more tranquil path. The reason why Williamson is fun watching is because of his fluent shots.

It will be a matter of interest how Sunrisers deal with his injury situation. He might not be a natural starter, given the depth of talent within the squad. But one thing’s for sure, Williamson’s captaincy will be sorely missed.

Why fielding standards have dropped in IPL?