At the Kalinga Stadium in Bhubaneshwar on Thursday, an unbeaten India will try to correct its penalty-corner issues to register a massive win against bottom-placed debutants Wales and advance directly to the 2023 FIH Men’s Hockey World Cup quarterfinals. After two games, India and England both have four points, with England leading on goal difference (+5 as compared to +2 for the hosts). India, though, will have the advantage of knowing what to do before its match because it is scheduled for Thursday and follows England’s game versus Spain. India won’t have a problem if England loses or draws against Spain because it only needs to defeat Wales by any margin to win Pool D, which is regarded as the group of death, and advance directly to the quarterfinals. 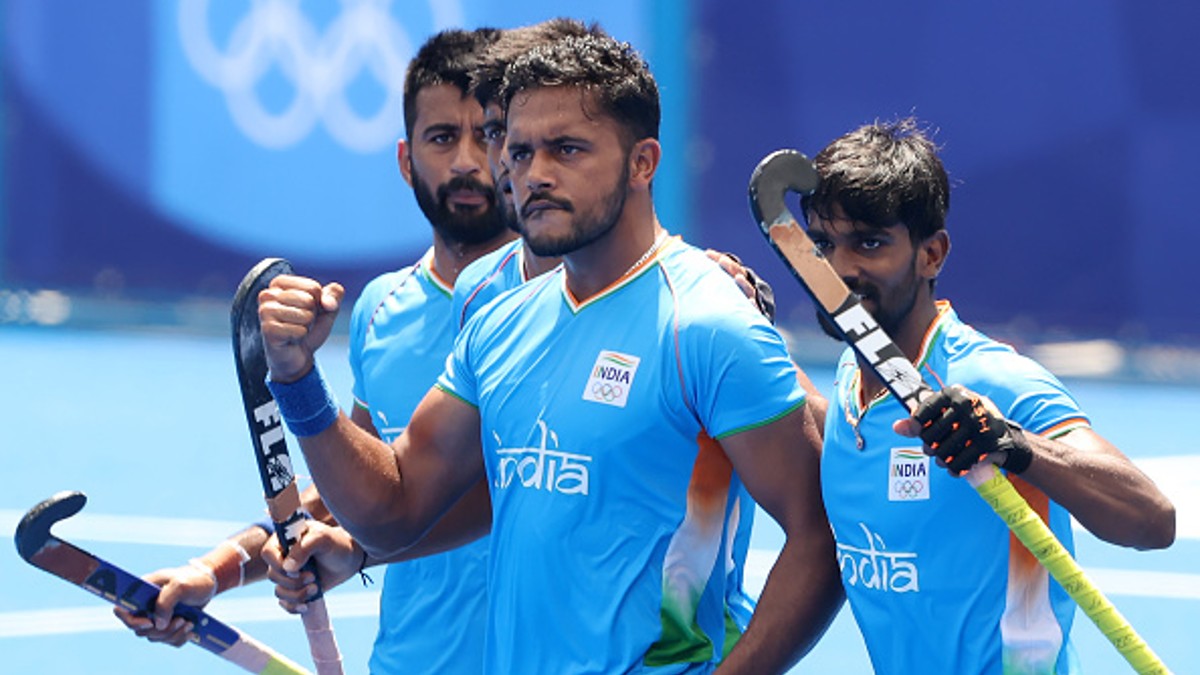 How can India qualify for the Hockey World Cup 2023 Quarterfinal berth directly?

If England defeats Spain, India must overcome Wales by a minimum of five goals. Depending on the margin of victory for England, India will need to score more goals. The standings in the pool stage are determined by goal differential if two teams are tied on points and have an identical number of victories.

“If we top our pool, we will play one match less, which will be good for us. We will try to play our best and our normal game and execute our plans,” said midfielder Manpreet Singh.

In any case, India won’t be eliminated from the competition because it will place second if it defeats Wales, which it is predicted to do. India will play the third-place team in Pool C, which could be either New Zealand or Malaysia, in the “crossover” round if it places second in Pool D.

Before tying with England 0-0, India had defeated Spain 2-0. Both games took place at Rourkela’s brand-new Birsa Munda Stadium. In this HWC, it will be played at the Kalinga Stadium for the first time. The victorious team advances directly to the quarterfinals in each of the four pools. In crossover matches, the second- and third-place finishers in each pool will participate. The third-place team from one pool will play the group’s second-place team, and the pool’s top team will play the winning team in the quarterfinals.

India’s rate of penalty-corner conversion is its key area of concern. Though Amit Rohidas scored against Spain after captain Harmanpreet Singh’s drag-flick rebounded off an opponent’s stick, it has received nine penalty corners so far without scoring even once straight from them. Drag-flicker In recent years, Harmanpreet has led the nation in scoring at practically all competitions, including the historic bronze-winning Tokyo Olympics campaign. Even so, he has had trouble locating the target in this grand tournament.

“Missed opportunities and we next [against Wales] have to try and do better inside the opposition circle,” head coach Graham Reid said.

When will the India vs Wales Men’s Hockey World Cup 2023 match take place?

Where will the India vs Wales Men’s Hockey World Cup 2023 match be played?

The India vs Wales Men’s Hockey World Cup 2023 match will be played at the Birsa Munda Hockey Stadium, Rourkela.

What time will the India vs Wales Men’s Hockey World Cup 2023 match start?