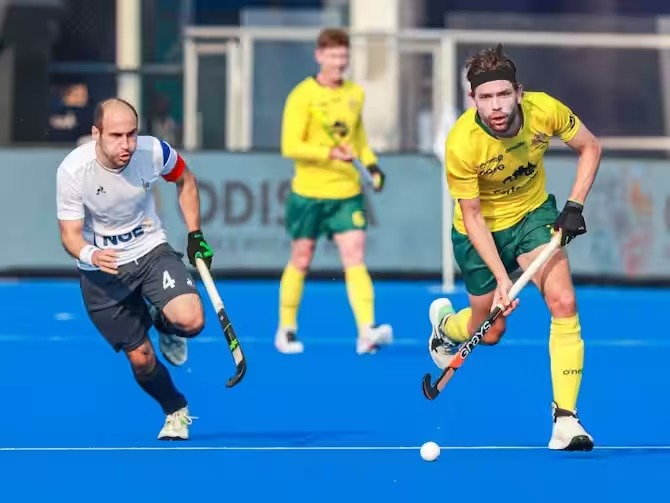 Australia was anticipated to be motivated to compete at this World Cup after missing out on the gold in Tokyo and taking home only a bronze. However, not many people would have expected what happened on Friday at Kalinga Stadium in Bhubaneswar. Australia’s Group A match saw them destroy France 8-0 in their opening round of the competition.

The No. 1 team started their voyage with a resounding victory thanks to goals from Jeremy Hayward, Tom Craig, and hat tricks from Tom Wickham and Flynn Ogilvie.

Although France was in poverty, things might have been very different if their PCs had been converted. They won four more in the final 15 minutes after winning three in the second quarter, but they were unable to break through Australia’s defence. Hayward scored all three of Australia’s goals from the PCs, which they used brilliantly in contrast. It is unknown how long Australian coach Colin Batch will be allowed to rest Blake Govers, who was a member of the squad but did not enter the field.

Despite getting hurt during the series against India, he was still picked for the team.
For the match on Friday, the Australian coach and players donned black armbands in honour of Brian Glencross, a former hockey player and coach who passed away on December 30 of last year.