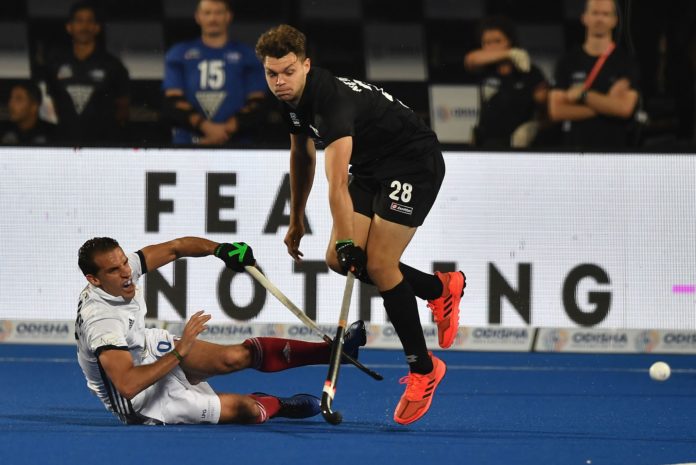 DAY 2 of the Hockey world cup 2018 show New Zealand take on France in their world cup opener game. The Kiwis beat the 20th ranked French team 2-1 in a crucial opening game which will take them to the next stage. 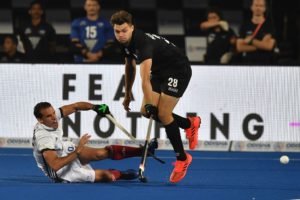 Both teams failed to score in the first quarter, despite the French team leading the attack and at one instance Timothee Clement almost put France 1-0 up from a Francois Goyet’s cross.

The second quarter started rather fruitful for the Kiwis as they managed to hit the ball to the nets in the 17th minute by Kane Russell as he used his speed to hit a hard shot past the French goalkeeper. He was then shown a green card in the 29th minute and forced to sit out for two minutes.

The Kiwis maintained a 1-0 lead in the half-time.

In the third quarter, Jenness gave New Zealand to a 2-0 lead in the 56th minute, blasting a shot past Thieffry from just inside the inner circle.

However, the French team played hard and scored in the 59th minute as Victor Charlet converted a penalty corner to make the score 2-1.