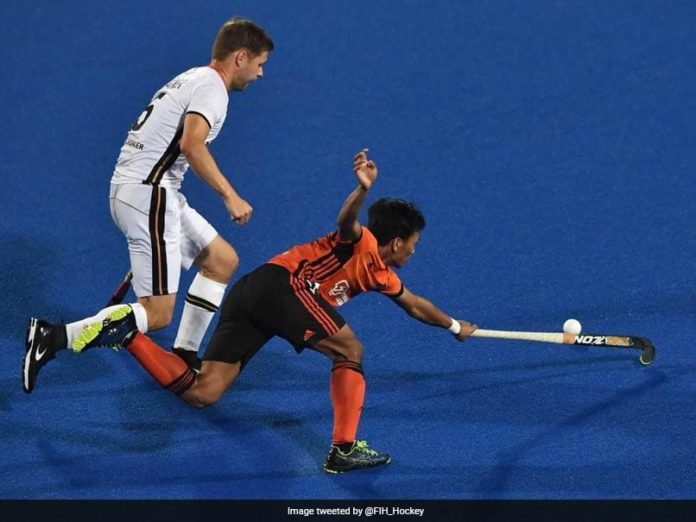 A day after India qualified to the quarter-finals of the Hockey World Cup by thrashing Canada 5-1, Germany and Netherlands locked horns with Malaysia and Pakistan respectively at the Pool D.

In the opening game, Malaysia put up a valiant effort against World No. 6 Germany but succumbed 5-3 eventually. At the 07:00 p.m. kickoff game, Netherlands thrashed Pakistan 5-1 in a one-sided affair.

Germany couldn’t have asked for a better start to the game as Tim Herzbruch gave them the lead at the 2nd minute. Christopher Ruth struck twice at the 14th and 18th minute to give the Germans a three-goal advantage.

Germany’s Marko Miltkau scored one more at the 39th-minute before Razie Rehman found the back of the net three minutes later. Tim Herzbruch delivered the deathblow for the Malaysians as his goal at the 59th-minute sealed the deal for the Germans.

In the second game of Day 12 of the Hockey World Cup, Netherlands and Pakistan exchanged goals in the first quarter each through Thierry Brinkman and Umar Bhutta respectively.

However, from the second quarter, it was all the Netherlands. The World No. 4 scored four successive goals through Valentin Verga (27th), Bob de Voogd (37th), Jorrit Croon (47th) and Mink van der Weerden (59th).

Germany finished Group D in the pole position and advance to the quarter-finals directly, picking up nine points from three games. Malaysia were knocked out of the tournament as they finished on the bottom of the pile with only one draw.

Pakistan and Netherlands, on the other hand, finish on the third position and second position respectively and will play Crossover matches against Belgium and Canada respectively for a spot in the quarter-finals.