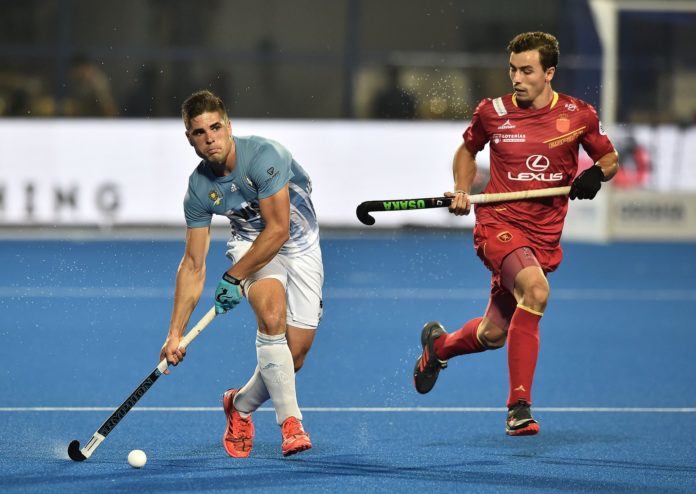 DAY 2 of the Hockey world cup 2018 show Argentina take on Spain and New Zealand VS France.

The first match was between Olympic champion Argentina and Spain in a thrilling close match that saw the South American nation edge a close 4-3 victory over Spain in Kalinga stadium on Thursday. 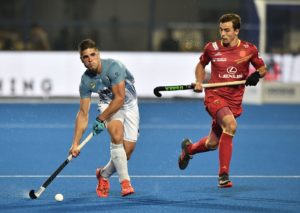 Gonzalo Peillat and Agustin Mazzilli scored two goals each to help Argentina start the tournament on a high. While for Spain, Enrique Gonzalez, Josep Romeu and Vicenc Ruiz scored a goal each.

Spain regained their lead in the 14th minute when Josep Romeu converted a penalty corner into a goal.

Just a few seconds later Argentina scored an equaliser when Mazilli scored his second goal to make it 2-2 for the South American giants. They didn’t lose the momentum and were still on the attacking mode when Peillat converted a penalty corner into a goal for Argentina giving them a 3-2 lead in the first quarter.

Both teams maintained the high-intensity game for the third quarter but either team failed to score.

In the 35th minute, Spain managed to score an equaliser in the form of Vicenc Ruiz’s field strike in the 35th minute. At the end of the third quarter, both teams maintained a 3-3 draw.

In the final quarter, Argentina scored in the 49th minute in the form of penalty corner conversion by Peillat as Argentina beat Spain by a close margin of 4-3.

The entire match was nail-biting and entertaining for fans. It goes without saying that it was one of the best games of this world cup till now.

Argentina is now on the top of their group with 3 points and they will face New Zealand next on 3rd December.