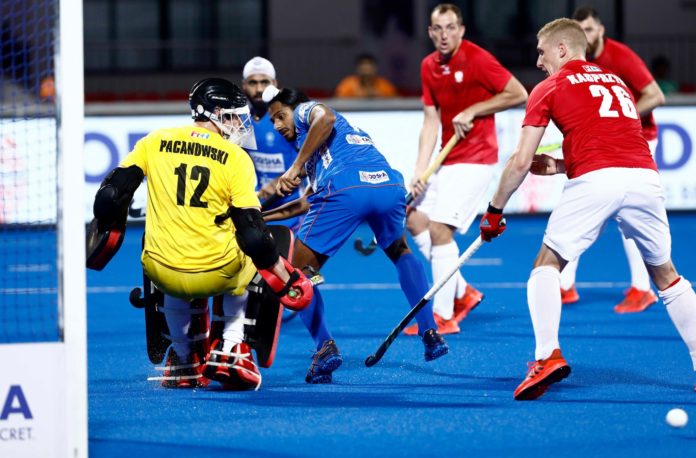 The Indian men’s hockey team were far from their best when they got the upper hand in a 3-1 win over Poland in their second Hockey Series Finals match at the Kalinga Stadium in Bhubaneswar. The Men in Blue will need to buckle up if they want to win this tournament and make further progress in the Olympic Qualifiers.

India are now assured of a semi-final spot but that will not give comfort to new coach Graham Reid whose side defeated the same Poland 10-0 a month ago.

India got their first warning sign when Poland got their penalty-corner in the 30th second of the match but failed to convert it. India got their first goal through Manpreet Singh who pounced on the rebound after the goalkeeper saved Harmanpreet Singh’s initial attempt. However, the joy was short lived as Poland’s Mateusz Hulboj leveled the scoreline a couple of minutes later.

India scored two more goals through their captain and Harmanpreet Singh found another one but India showed chinks in their armor. Their wayward passing and inability to trap the ball frequently could have cost them but Poland failed to take advantage of it.