With his 3rd hundred of the series Rohit Sharma has now become the fourth opener to score 9 centuries in a single calendar year. India’s newly recruited Test Opener helped his side to manage a reasonable score in the first day, with three early blows by the South Africans. Rohit (117*) along with his partner Ajinkya Rahane (83*) will look forward to build their innings tomorrow on Day 2 of the third Test against South Africa at the JSCA Stadium in Ranchi. 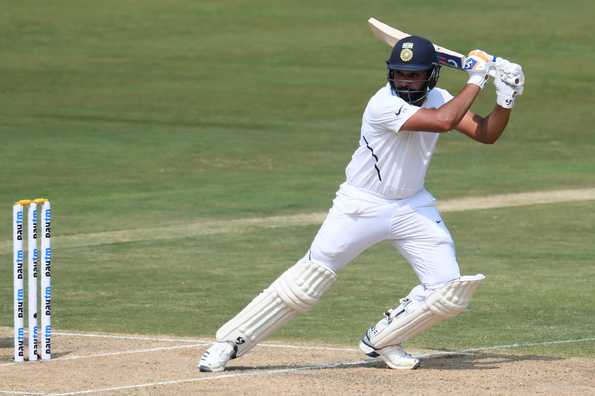 Following a top-order collapse Rohit and Rahane waited patiently before continuing their innings in a natural order. The duo are on an unbeaten 185-run stand which is the highest for India for the fourth wicket against South Africa, and Rohit Sharma himself broke a number of records before scoring his 6th Test hundred.

First, all the 6 centuries Rohit scored in India means he is second to only Mominul Haque (8) who has more hundreds at home than him.

Furthermore, Rohit Sharma also broke the world record for the most number of sixes by a batsman in a Test series.

Another record, most centuries by openers for India was also broken today as the Indian openers scored five centuries in the ongoing series against South Africa; Rohit Sharma (3) and Mayank Agarwal (2). Beating the previous record of four against West Indies and against Sri Lanka.