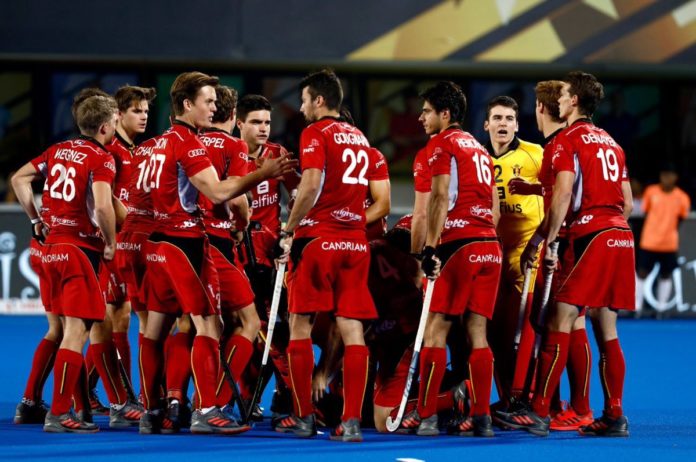 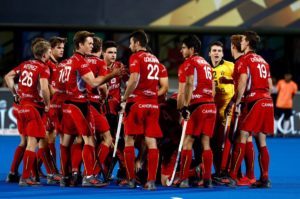 The second quarter was extremely slow paced with neither teams creating enough chances and the overall tempo was just too slow. Although the Netherland side did get two back to back penalty corner, the variation didn’t work out for the Dutch side and the Belgians defended well. 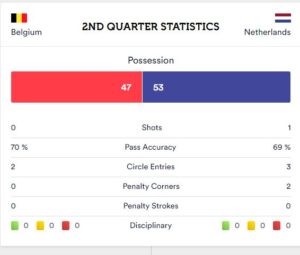 The third quarter started the same as the first half, there wasn’t enough free flow, although there were plenty of good tackles from both the teams. The game started getting better towards the end of the third quarter as the Belgian side slowly started mounting attacks, which were withstood by the Dutch defence.

Both teams were feeling a sense of urgency in the final minutes, but the defence of both the Euro giants stood tall.

As the final quarter came to an end, the match went to a shootout to decide the winner of the Hockey World Cup 2018.

The Dutch side started first, Hertzberger makes no mistake as he makes it 1-0 for the Netherlands.

Arthur van Doren of Belgium missed as the Dutch goalkeeper comes up with a Superb save. The Belgians were now down 0-1 to the Dutch side.

The Dutch miss on their second attempt, but so do the Belgium side.

The second goal comes in the third attempt for the Dutch side from Jonas de Geus who doubled their lead over the Belgian side.

The Belgium side is under extreme pressure now as they have to score and Florent van Aubel makes no mistake as he put the ball inside the net. Belgium is still 1-2 to the Netherlands.

The Dutch failed to capitalise in their fourth attempt, which will prove costly as Victor Wegnez scored for Belgium to make it 2-2 in the penalty shootout.

The game takes a sudden twist as the Dutch fail to score on their fifth attempt and even though the Belgians had the opportunity to score and win the world cup outright, it wasn’t easy as even if Belgian side scored in their fifth attempt, it wasn’t counted as the Dutch used their referral. The ball hit Sloover’s foot before he converted the chance.

By now there was total mayhem as the game went further with the penalty shootout and Van Aubel scored for Belgium giving them a 3-2 lead.

Hertzberger came in to score but he missed the goal and thus BELGIUM ARE NOW THE  WORLD CHAMPIONS!

What a game it was and a very historic moment for Belgium as they lift the world cup for the very first time. All the drama in the penalty shootout was now finally worth it.

Belgium’s Simon Goungnard was in tears. He received warm hugs from his teammates. Just two days ago his father lost the battle against cancer and now he has finally managed to pay the best ever tribute to his old man.

The man of the match award was won by the Belgian goalkeeper Vincent Vanasch for his tremendous effort throughout the game and during the Penalty Corner.

Thereby the Hockey World Cup 2018 has finally come to an end. The Indian side has been a very amazing host and they have successfully concluded the World Cup.

Twitter reacts to close fought DRAW between India and Belgium