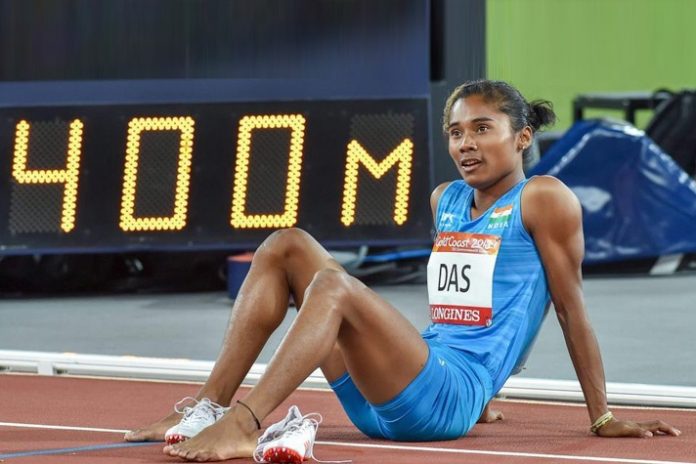 Hima Das, the Indian sprinting ace who was destined to earn her berth at the Olympics, will now miss the event due to an injury, but that has not dampened her hopes of coming back stronger next year.

India’s hopes at the upcoming Tokyo Olympic Games took a jab after medal hopeful Hima Das pulled out from the qualifiers due to a hamstring injury, which eliminated her final chances of earning a berth at the grand quadrennial event in the Japanese capital later this year.

The saddening news about missing her first Olympics was shared by the 21-year-old via a post on Twitter, but she expressed her determination about making a strong comeback to the track in the future, and aims to taste success at the Commonwealth Games, Asian Games and World Championship next year.

“I will miss my first Olympics due to untimely injury when I was close to achieving the qualification standard in my new event 100m and 200m,” the tweet from Das read.

“I would like to thank my coaches, support staff and my teammates for their continuous support. But I will make a strong comeback and looking forward to Commonwealth Games 2022, Asian Games 2022 and World Championship 2022,” the tweet added.

The 2018 Asian Games Women’s 4×400 m and Mixed 4×400 m double gold medallist, Das was aiming for her qualification for the Olympics at the Indian Grand Prix series 4, which was hosted in Patiala, Punjab back in late June. At IGP4, Das had teamed up with fellow track and field icon of the country Dutee Chand as part of the women’s 4x100m relay team.