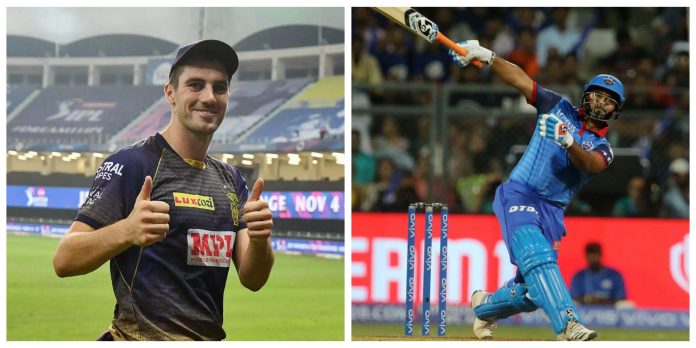 Rishabh Pant has been flooded with compliments from the entire cricket fraternity for his recent exploits. The wicket-keeper batsman has clearly unlocked another dimension to his name since one of the best bowlers in the game has stepped up to lavish praise.

Pant was up against Pat Cummins and co. in Australia not so long ago and was instrumental in India’s series win with match-defining knocks in Sydney and Brisbane. Despite missing out on the Adelaide Test, the player ended up being India’s top scorer in the series.

Australian speedster Pat Cummins was all praise for the swashbuckling batsman and labelled him as a brave batsman for thinking of doing the unimaginable. During a chat with fellow pacer Joshua Lalor in a show called ‘Morton Someday’, Cummins brought up the talent of Pant.

“As a fan, you always tend to enjoy someone who is playing a completely different game than everybody else. They are fearless, you look at them and feel geez wish I could do that as well, geez he was Brave. So, I think in three recent series it was Rishabh Pant,”

“You just got to say well done when someone plays like that, takes the game on and it comes off. You’ve probably got 50 other players who probably wouldn’t have taken the game on like that. He’s always good to watch,” Cummins added.

The newly appointed Delhi Capitals skipper carried his rich vein of form into the lengthy series against England, where he managed to score his maiden home test hundred and participated in the ODI series run-fest with a couple of splendid knocks. Subsequently, he ended up as the third-highest run-getter in the Test series behind Rohit Sharma and Joe Root while he scored 155 runs in the ODI series with 11 sixes.

Rishabh Pant will once again face Pat Cummins devoid of their national badges this time. Delhi Capitals and Kolkata Knight Riders will face at the Narendra Modi Stadium on April 29.