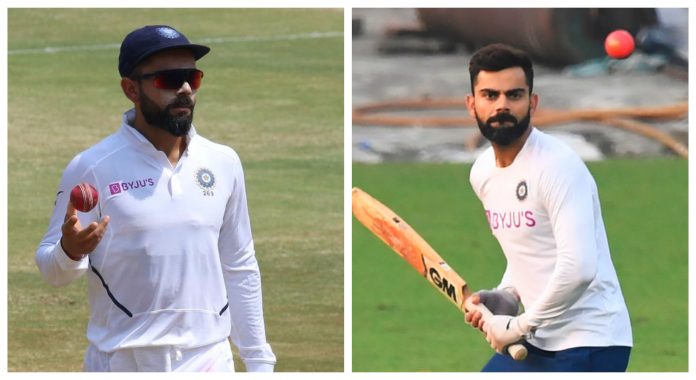 Team India are all set to take on Joe Root’s England in the third Test on Wednesday in Ahmedabad, which will be a day-night affair. However, India captain Virat Kohli has said that facing the pink ball is more challenging than the red ball for the nature of the pitch as both the teams will enter the third Test with a lot of unknown things as well.

Although the pink ball is known to help the pace bowlers, it will be questionable as to how it helps the spinners as spin is the strength of Team India as well. Captain Virat Kohli, while addressing the media in the pre-match virtual press conference in Ahmedabad, opened up about how batting in the pink ball under lights will be challenging against England.

“It is much more challenging to play with the pink ball regardless of the pitch you play on. Especially in the evening, if as a batting team, you are starting your innings under lights then that one and a half hour is very challenging,” Kohli said in the pre-match press conference. “Yes, spin will come into play for sure but I don’t think the new ball and fast bowlers can be ignored. The pink ball does bring them into the game till the ball is nice and shiny, something we are very well aware of and preparing accordingly.”

Team India have played only two pink-ball Tests till date. While they won against Bangladesh in 2019 at the Eden Gardens in Kolkata, they lost to Australia in Adelaide, where they were bowled out for 36.

While talking about the past experience his team has faced earlier, Kohli said: “Last time we experienced that the first session is probably the nicest to bat when the sun is out and the ball doesn’t do much. But when it starts to get dark, especially during that Twilight, it gets very tricky.”

“The light changes, it’s difficult to see the ball and then under lights, it is like playing the first session in the morning. In a normal Test match the ball does tend to swing a lot (in the morning). So, I think it’s a reversal of roles and something that you need to adjust to quite quickly,” he concluded.