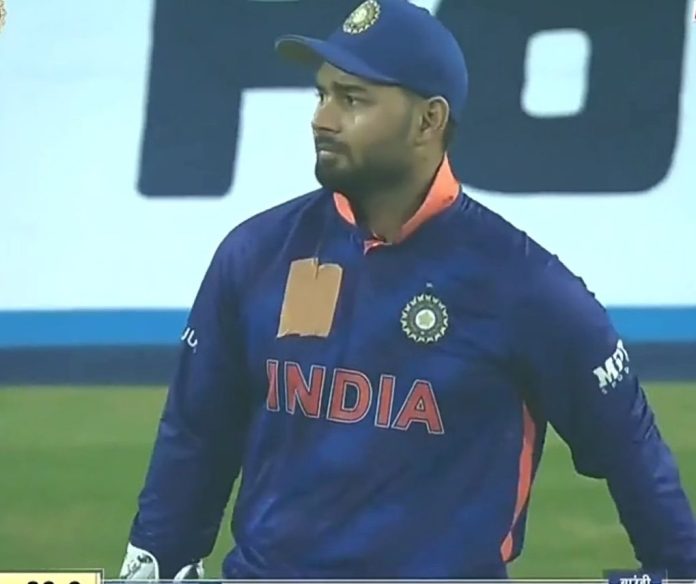 Rishabh Pant wore a jersey that looked different from the other Team India players in the 2nd T20I clash against New Zealand in Ranchi on Friday. Under the leadership of Rohit Sharma and the guidance of Rahul Dravid won the T20I series at home after going up 2-0 in the series. They first clinched a comprehensive victory in Jaipur and then went on to defeat the Kiwis in Ranchi. The wicketkeeper-batsman sported a jersey which drew the attention of the fans. Rishabh Pant seemed to have tape on his right chest while playing at the JSCA Stadium in Ranchi. Many wanted to know the reason for the tape and it has now been revealed. 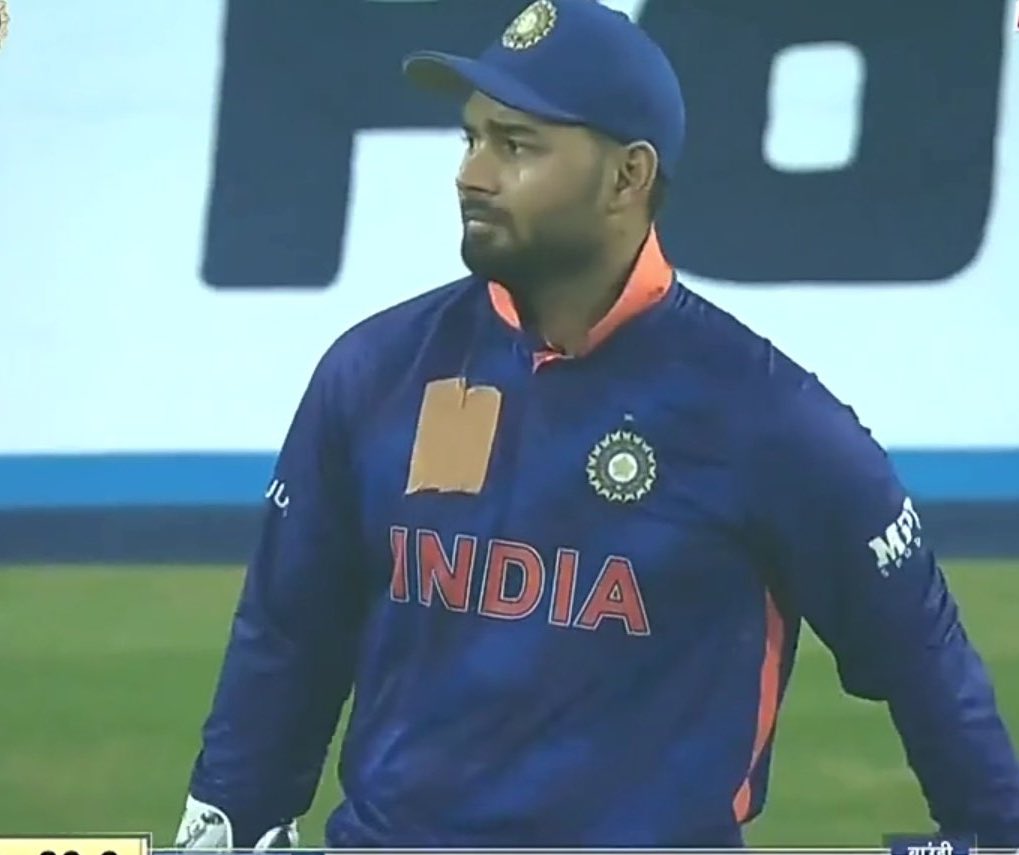 The jersey worn by Pant had the T20 World Cup 2021 logo on it. Thereby, he taped off the ICC’s logo which isn’t allowed to be used in bilateral series. While other Indian players were spotted in the regular jersey, it was only Pant wearing a different jersey. The jersey the other players wore even sported the name BYJU’s on the front part while Pant’s was on arm.

Team India came up with outstanding performance with both bat and ball in the second T20I that took place between these two sides at Ranchi. Indian bowlers restricted New Zealand to a decent a total of 153/6 on the board.

The New Zealand openers, Martin Guptill and Daryl Mitchell gave the Kiwis a great start, putting on 48 runs in just 4.2 overs. Glenn Phillips top-scored for the Black Caps with a 21-ball 34.

For India, Debutant Harshal Patel was the pick of the bowlers for the Indian side. The right-arm pacer scalped 2 wickets and gave away only 25 runs.

The opening duo of Rohit Sharma and KL Rahul put up a solid partnership of 117 runs to seal the job for their side. Both openers scored half-centuries, as India went past the target set by the Kiwis with 7 wickets and 2.4 overs remaining.

Eden Gardens in Kolkata will host the third and final T20I on Sunday. The T20I series will be followed by a two-match Test series with the second match scheduled at the Wankhede Stadium, Mumbai, starting on December 3.