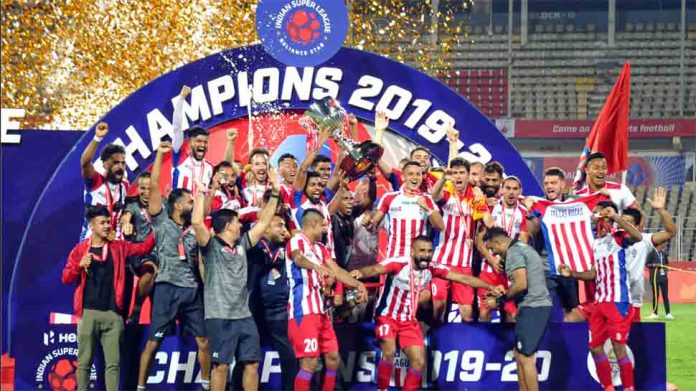 There are so many Indians who watch different leagues worldwide. For instance, millions of Indians watch the English Premier League, Spanish La Liga, and the Euro Cup. The reasons range from plain enthusiasm to getting profit from every round – like sports betting and crypto-related activities. If you also want to do it, you can check out Prime Gambling Reviews to see the quality of every site you come across.

When you think about it, there are time zones that these enthusiasts adjust to, to watch every round until the finals. But many Indians also have a great inclination to play the sport. For soccer news tips and updates, you can visit Soccer Reports.

Goa is an Indian state considered to comprise the highest number of football fans. They even have a Christiano Ronaldo statue! However, they take their enthusiasm more locally, supporting the country’s own Indian football league through patronising and promoting it throughout the country.

But the challenge is hard. India’s teenagers who happen to consume football frequently prefer and follow football clubs like Manchester United, Liverpool, Barcelona, and so on. The future for India’s football clubs are looking bleak – but is it too early to admit a losing proposition?

In this article, we will tackle how exactly Indian football clubs earn money, and how support from their people make an impact on how they fare in the sport.

Running a football club in India

It’s never easy to run a football club in India. In fact, investments consistently outperform the returns, which drive investors away from investing in India’s football clubs. You might think that the Indian Soccer League adds a lot of revenue to build more spaces to the country’s sport, but that’s not the case. Top Indian football clubs, as well as any I-League or ISL club, do not make a profit at any time throughout the calendar year. Many clubs have closed or drastically reduced their activities over the last ten years.

The club’s patron Churchill Alemao, who also happens to be the current President of the Goa Football Association, weathered every storm that tried to destroy the club. Over the past three decades of spearheading opportunities for the club, he mentions how hard it is to not stay stagnant when there are no opportunities given to the team. However, he still remembers the ultimate goal for Goa FC – to have India play in the FIFA World Cup.

He ensured that football never died, despite the fact that the club has spent crores of rupees on running it.

Unfortunately, various clubs across the country have established and closed owing to a variety of factors. Administrative and financial concerns at the highest levels are blamed for the majority of the reasons. For one, hese clubs vary from the very top of Indian football to the very bottom, and they are well-known in every Indian district.

There is a dearth of information at the lower levels in terms of running a football club and sustaining it in order to achieve higher levels. Academies across the country might use the same approach.

The economics of Indian football clubs

Most Indian football clubs spend 60 to 75 percent of its budget on the team, 15 percent on youth development like academies, and the 10 percent for broadcast initiatives. It’s already a blessing if the team gets sponsors. The most frequent sponsors of ISL India are Coca-Cola, Nivea, and Musli Power, which adds a lot of revenue for the clubs.

There’s also revenue garnered from ticket and merchandise sales. However, these only give a share to clubs, since there are also other stakeholders (i.e. investors, venue holders) who also gain from the overall revenue. Promotional activities and

However, revenue from ticket sales, merchandise sales and other promotional activities contribute in minuscule proportion to the clubs’ coffers. Even prize money of all the domestic tournaments in India, if combined together, cannot compensate for the huge amount spent by these clubs.

But the harsh reality is that I-League clubs receive no compensation from TV presence. Unlike in all other major worldwide leagues, where revenue gained from broadcast arrangements is divided with the clubs, television revenue goes directly to the All India Football Federation (AIFF) and is second only to sponsorship in terms of income for a club. In fact, the majority of I-league clubs rely on significant sponsors to keep their teams afloat during the season.

In conclusion, the money from the central pool, which amounts to roughly Rs. 13 crore per person, is practically offset by the annual franchise fee, which ranges from Rs. 12 crore to Rs 16 crore per person, depending on their base.

In the lack of television revenue, ISL teams rely on sponsorship, ticket sales, retail sales, and prize money to supplement their income, which does not cover the high costs of running the club.