Before you enter the world of Online Casinos, Check out the top 10 Live casinos recommended by India Casino Info
Home Cricket “He feels that surety of playing matches” – Axar Patel on Kuldeep... 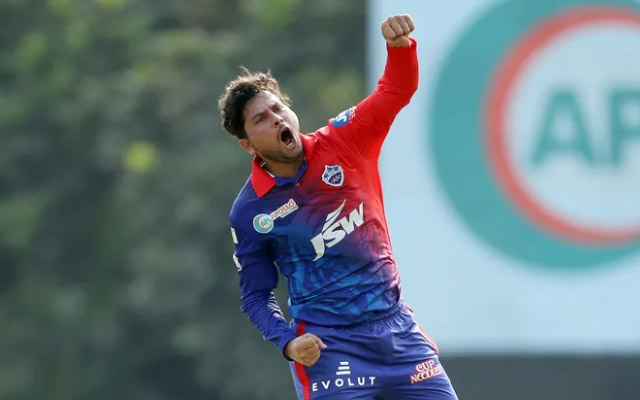 Making his debut for the Delhi Capitals after his switch from the Delhi Capitals, the left-arm chinaman put in a man-of-the-match performance. He registered figures of 3-18 in a relatively high-scoring encounter at the Brabourne stadium.

Noting the sense of security as the key behind Kuldeep Yadav’s stellar display, Axar Patel said:

“It’s all about the mindset. He was struggling in the IPL as his place was not secured for KKR. He was not sure whether he would play all their matches,”

“But he feels that surety of playing matches after coming over here. If you know your place is secured, and not that you have to perform in two matches otherwise you will be sacked from the team, then you can give your best,”

The former U-19 player was one of KKR’s most important players in his first few campaigns. However, a poor set of outings in the 2019 IPL and the emergence of Varun Chakravarthy, shunned him out of the playing XI.

He could not find a place in the team despite the team playing three spinners in the spin-friendly conditions of Chepauk last year. Following KKR’s second-place finish in the IPL 2021, he was released by the franchise. He was picked up for a price of INR 2 crore by the Delhi Capitals at the mega auction.

At the Delhi Capitals, he leads the spin bowling attack. Other options for the franchise include Axar Patel, Lalit Yadav and Vicky Ostwal.